The latest vote coincides with US President Donald Trump's visit to the UK from June 3 to 5. 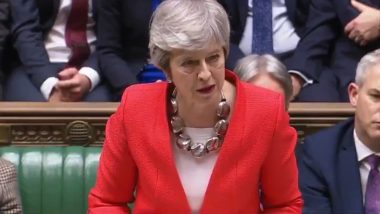 UK already missed the March 29 deadline to do so, now having until October 31 to leave the bloc."This evening the Prime Minister met the Leader of the Opposition (Jeremy Corbyn) in the House of Commons to make clear our determination to bring the talks to a conclusion and deliver on the referendum result to leave the EU," the spokesman said.

The latest vote coincides with US President Donald Trump's visit to the UK from June 3 to 5. The vote is slated to take place before lawmakers leave for summer recess, the statement added."We will, therefore, be bringing forward the Withdrawal Agreement Bill in the week beginning June 3," he said, adding that official talks are ongoing."It is imperative we do so then if the UK is to leave the EU before the summer Parliamentary recess," the spokesman also stated.