At the time when Sri lanka is struggling for its worst econimc crisis due to the huge Chinese loan debt, Beijing has once trying to entrap the Island nation by offering more loans and so-called aid to the country, according to media report. 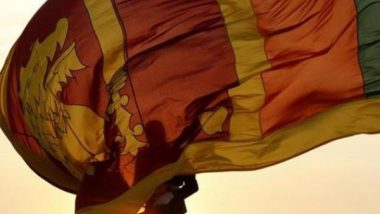 Beijing, May 7: At the time when Sri lanka is struggling for its worst econimc crisis due to the huge Chinese loan debt, Beijing has once trying to entrap the Island nation by offering more loans and so-called aid to the country, according to media report.

Sri Lanka's dollar-denominated debt repayments due in 2022 total more than US$ 6billion, including a sovereign bond of US$ 1 billion maturing in July 2022, European Foundation For South Asian Studies (EFSAS) said. Also Read | Sri Lanka, IMF To Start Next Round of Technical Discussions Amid Economic Crisis.

Notably, in 2021-22, Colombo's debt repayment to Beijing amounted to nearly USD 2 billion. It is also to be noted that even as Sri Lanka faces its worst finacial issue in many years, China has forgotten its own wicked role in putting Colombo in this situation in the first place.

Initially Beijing refused to assist Colombo which appealed to reschedule its huge debt burden in the face of the COVID-19 outbreak that has adversely affected the tourism sector, according to a media report. Sri Lanka appealed if a restructuring of the debt could be arranged to mitigate the economic crisis that had arisen in the face of the coronavirus outbreak.

Sri Lankan President Gotabaya Rajapaksa in a meeting with Foreign Minister of China Wang Yi sought the assistance of Beijing in the face of the deepening foreign exchange crisis of the Island nation and spiralling external debt.

"Replying to a question on the pending request from Sri Lanka for a debt relief, Foreign Ministry spokesman of China Zhao Lijian had said in a news conference in March, that China had been providing assistance for the socio-economic development of Sri Lanka to the best of its ability and would continue to do so. In concrete terms, this meant nothing," the Hong Kong Post reported.

China has shed some crocodile tears over the economy of Sri Lanka getting caught in a quagmire after hobnobbing with the BRI projects of China: record inflation, soaring food prices and the sufferings of the people said a media report.

Priviously, under Mahinda Rajapaksa's presidency in 2005, the government had aspired to turn Sri Lanka into another Singapore by constructing state-of-the-art infrastructure and ports.

But the allure of Chinese loans dashed any such hope, and today Sri Lanka is hard-pressed to repay loans to the tune of USD 45 billion, out of which it owes China USD 8 billion, almost one-sixth of its total external debt.

As per reports, Sri Lanka has so far relied on loans from countries including India. On 17 March, Sri Lanka signed a USD one billion credit line with India for the procurement offood, medicines, and other essential items.

China on the other hand has washed offits hands of Sri Lanka's economic crisis. It has conveniently blamed the West and SriLanka's financial mismanagement, denouncing the latter for its weak economicfoundation, lack of self-sustaining economy, excessive borrowing habit, and poor planning.