Hassan Mahmood Influencing the Crowd With His Passion and Vision

Whatsoever, this man stands straight to be looked at as an inspiration. 18-25 is the age when youngsters go clubbing and partying, but at this age, or even before, exactly he knew what he has to do with his life. He has always had his life goals crystal clear in front of his eyes. 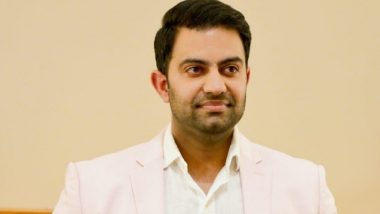 Marie Forleo said that "SUCCESS DOESN’T COME FROM WHAT YOU DO OCCASIONALLY. IT COMES FROM WHAT YOU DO CONSISTENTLY". Hassan Mahmood has complied well with this quote. He truly is a man who never stopped dreaming and working hard. He was never convinced with that 9-5 slave life. He hustles 24/7 to gain more of what he already has. Discipline is one of the important ingredients of never-ending prosperity and fortune. Gaining the confidence of the people along with having one's loved ones adjacent is equally important.

Hassan Mahmood was born and did his early education in Lahore, Pakistan. He moved to the US in 2001 and started schooling at Kent County Middle School. In 2010, he graduated from Kent County High School and started working with his family retail business. His family has been working in this firm for 40 years now. Apart from this family business, he was very particular about his clothes and dressing. He loved to dress up and try various outfit combinations. He was also interested in designing and aspired to establish his own cloth brand. His past experiences include working and owning the Subway franchise in Delaware. Also, he owned an operating gas station and convenience stores in the states of Delaware, Maryland, and Pennsylvania.

Today Hassan Mahmood lives in the state of Maryland in Kent County. He has been living in the US for 20 years now. He has even received citizenship in the US. He has set up his cloth brand today. He has his touch on some of the most pretty designs and intricate patterns. He is aware of those trendy clothes and mass popularity. He always takes the customers and their budgets into consideration. Also, he has produced clothes of the best quality. Even after so many achievements, this man hasn't stopped. His goals are never-ending. Even after his own setup, he hasn't neglected his family business. He aims at extending it in all possible directions. He focuses on multiple things at the same time. Such people are truly way different from the others. He has today started promoting his family business on a huge scale. Despite so much work, he is not yet satisfied!

Hassan Mahmood claims that he is also intrigued by some investments. He is now thinking of investing in commercial properties. Hence he could be said as a Multi-tasking man. He has decided to invest to enable regular income at one-time investments. He has now got a clear vision of how his and his family's lifestyle is going to look like. He has secured the future of the family that will come through him. Whatsoever, this man stands straight to be looked at as an inspiration. 18-25 is the age when youngsters go clubbing and partying, but at this age, or even before, exactly he knew what he has to do with his life. He has always had his life goals crystal clear in front of his eyes. He is indeed not among the ones in the crowd, but he is definitely is the one who is the reason for the crowd.