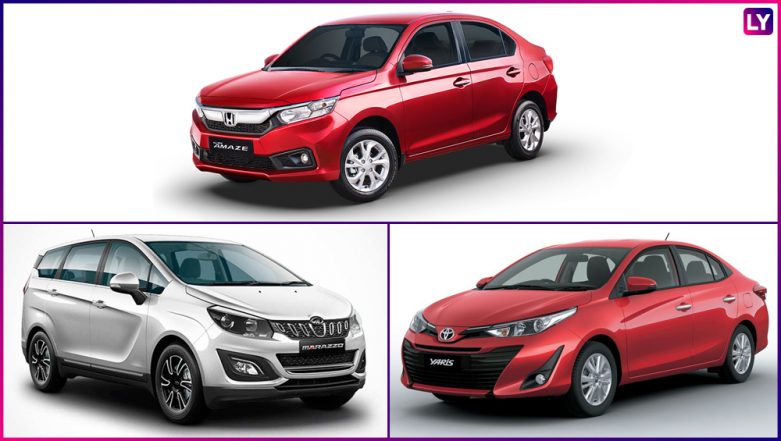 Google recently revealed the ‘Year in Search’ report 2018 and it has shown some interesting facts from the Indian automotive industry. The Year in Search report is very beneficial for the businesses as it tells the need of the customers and what they are looking for, the brand and product had received maximum hits and much more. The year 2018 had been very interesting and exciting as far as the new launches and products are concerned. Mahindra S201 Brand Name & Design Details To Be Announced on December 19, 2018.

Honda Amaze: Honda Cars India launched the next-generation Honda Amaze 2018 sub-compact sedan in India earlier this year in May. The new generation Honda Amaze became an instant hit as it became the best-selling car in the compact sedan category. The sedan is offered in both petrol as well as diesel avatars. Moreover, the company had introduced the sedan in diesel iteration for the first time. The sedan is slotted in the price bracket of Rs 5.8 lakh to Rs 9.1 lakh (ex-showroom).

Mahindra Marazzo: The second car that managed to create a significant amount of buzz during this year is Mahindra Marazzo. The buzz for the car was so huge that it ranked the second most searched car during the year in India, despite the fact it was launched in the second half of 2018. The MPV comes with several best in class features such as body-on-frame chassis, roof mounted AC and much more. The MPV gets a starting price of Rs 9.99 lakh and goes up till Rs 13.9 lakh (ex-showroom). The Mahindra Marazzo is pitted against Maruti Ertiga and Innova Crysta in the MPV space. Mahindra Marazzo MPV Bags 4-Star Safety Rating at Global NCAP Crash Test.

Toyota Yaris: Toyota Yaris is the third most searched car during this year in India according to Google ‘Year in Search’ report 2018. Though the sedan managed to create initial buzz, but it is quite surprising that Yaris failed to match the numbers in terms of sales. The sedan is currently priced in the range of Rs 9.29 lakh to Rs 14.07 lakh (ex-showroom).