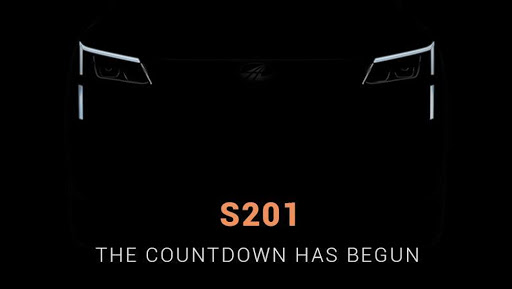 Mahindra & Mahindra, a leading utility manufacturer will be announcing the brand name of the S201 compact SUV on December 19. The car maker will also be revealing the design details of the product at the event. Previously, the event was set to happen on December 1, but it has been postponed to December 19. To be based on Ssangyong Tivoli, Mahindra's newest compact SUV will also take design cues from Tivoli SUV. The SUV will be pitted against the likes of Tata Nexon and Maruti Suzuki Vitara Brezza. Mahindra S201 Compact SUV Production Name & Design Reveal Event Postponed.

The Mahindra S201 will carry a boxier design which will be similar to the design seen on Maruti Vitara Brezza. The SUV will feature rectangular headlamp with projector beams, integrated DRLs, turn indicators, rear spoilers, wrap around tail lights, rear fog lamps, multi-spoke alloy wheels and much more. The upcoming Mahindra S201 SUV will be developed at Mahindra Research Valley in Chennai.

To be launched in April 2019, the S201 SUV will be the third sub-4m SUV from Mahindra after Quanto, NuvoSport and TUV300. Under the hood, the forthcoming Mahindra S201 SUV will be offered in both petrol and diesel avatars. The petrol engine will be 1.6-litre petrol mill whereas the diesel engine is likely to be 1.5-litre diesel unit. Both the units are being jointly developed by Mahindra and SsangYong. Mahindra Marazzo MPV Bags 4-Star Safety Rating at Global NCAP Crash Test.

On the inside, the SUV is expected to sport dual tone paint scheme featuring black and beige shade with silver accents. The spy images reveal that the interior space is clearly influenced from XUV500. On the feature front, the Mahindra S201 could be equipped with touchscreen infotainment system, auto climate control, a large rotary dial and much more. Mahindra Drives in Premium SUV Alturas G4; Prices Start at Rs 26.95 Lakh.

As far as the prices are concerned, the Mahindra's newest offering in sub-4m category is likely to be priced in between Rs 8 lakh to Rs 12 lakh (ex-showroom). When launched, the SUV will be pitted against Maruti Suzuki Vitara Brezza and Tata Nexon.