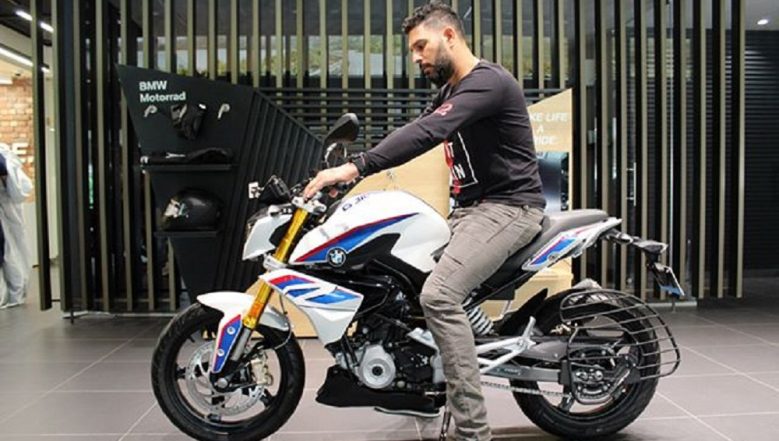 Yuvraj Singh, Indian all-rounder always has been a great admirer of BMW, be it cars or bikes. This can be confirmed from the fact that Yuvraj Singh has bought himself a brand new motorcycle from the house of Bavarian automaker. The ace cricketer took the delivery of the recently launched BMW G 310 R street fighter, which is the smallest motorcycle on offer from BMW Motorrad. Priced at Rs 2.99 lakh (ex-showroom), the motorcycle is manufactured in India under TVS Motor's facility in Chennai. Tata Tiago NRG Crossover Launched in India at Rs 5.49 Lakh; Specifications, Features, Variants & Colours.

The 36-year old cricketer owns a huge collection of exotic cars in his garage that includes BMW X6 M, Audi Q5, BMW 3 Series, Bentley Continental Flying Spur and many. Previously, the cricketer also owned Lamborghini Murcielago that he sold off a couple of years ago. The Indian cricketer's garage also includes E46 BMW M3 Convertible that was modified recently. Also, BMW G 31O R is not the first bike in Yuvraj's garage, he also owns 2015 model of KTM 390 Duke that was revealed at IBW 2017. Discounts on Cars This Ganesh Utsav 2018: Offers & Deals Up to Rs 60,000 on Maruti Swift, Dzire & Hyundai Elite i20. 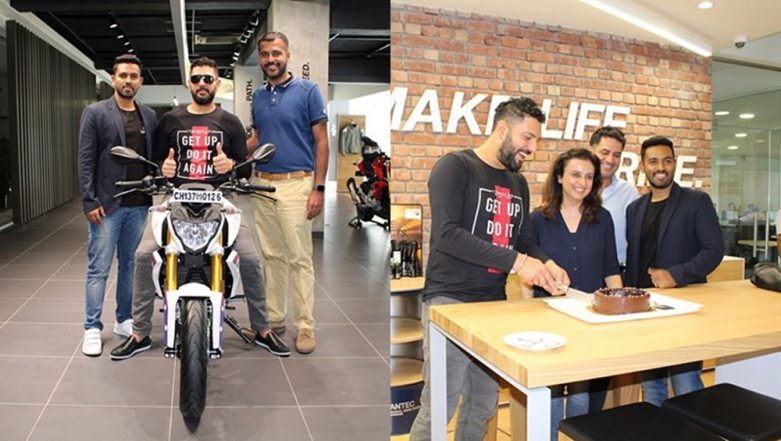 As far as the specifications are concerned, the BMW G 310 R was launched in the country earlier this year, which was highly awaited since 2016. The company also showcased the motorcycles at the 2018 Auto Expo. The bike is developed in collaboration with TVS Motor Company wherein engineering and development taken care by BMW Motorrad.

Mechanically, the BMW G 310 R is powered by a 313cc, single-cylinder, liquid cooled unit that is capable of developing maximum power of 34bhp @ 9500 rpm along with 28Nm of peak torque @ 7500 rpm. The engine is mated to a 6-speed manual gearbox. Dubbed as an affordable offering from BMW Motorrad, the naked street version of the motorcycle was launched earlier this year alongside BMW G 310 GS, which is an affordable adventure tourer.