Pierre eventually, stopped going to his classes and locked himself up in his apartment feeling without the need or wish to do anything. At that point, he would spend days watching television and playing video games, without any ambition. 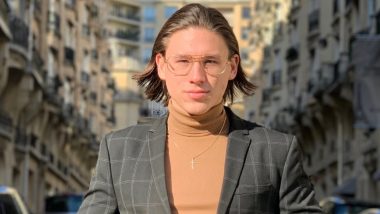 Pierre Barre is only 20 years old but is already a successful entrepreneur !

Born in Russia, he lived without a home until he was 3 years old and placed into an orphanage. Adopted by a French family at the age of 5, Pierre Barre had the chance to move to the South of France in 2005. He grew up in a small town near Marseille and at this point in time, his future looked much more promising than if he would of stayed back in Russia.

However, Pierre Barre had some tough years between the age of 13 and 19. His circle of friends we’re not very ambitious and this lead to him being in an environment which was not conducive to professional or educational success. Because of it, Pierre wouldn’t have any support from his teachers at school, making him loose his self-confidence and feel like he wouldn’t be able to do anything in life.

Pierre Barre still managed to graduate from high school and enroll at university to study economics in Montpelier. It was very important for his parents that he attends university, although he himself never saw the point in it and was unsettled with this choice. Pierre eventually, stopped going to his classes and locked himself up in his apartment feeling without the need or wish to do anything. At that point, he would spend days watching television and playing video games, without any ambition.

Eventually, Pierre Barre met with two young men who were the same age, 19 and who were already entrepreneurs, making 5 figures a year. Their business was entirely managed on their smartphones. They were free and financially independent and had quit university for good. Pierre thought to himself ‘’what is stopping me to be like them?

I can do this too!’’ This was the young adult’s first discovery for entrepreneurship. In 2019, after being inspired by the online business world, Pierre Barre decides to read his first books “Rich dad, poor dad” from Robert Kyosaki.

accumulation, Pierre found some universal lessons which are relevant — no matter if you’re an entrepreneur, employee, investor, or recent graduate.

Kyosaki has a famous saying ‘’The only difference between a rich person and a poor person is how they use their time.’’ This was Pierre’s revelation and it truly changed the way he thought about money.

Pierre Barre decides to start a network marketing business at the end of 2019. Because he needed cash for his start-up, he decided to sell a few of his items (t-shirts, video games) and was finally able to start with a few hundred euros. This is how Pierre Barre started his first steps into online business. Pierre fell in love with the idea to start his business online which was essentially risk free for him as his investment was small.

He was also very happy with the fact that people within the industry were very helpful and that there was a lot of team spirited mentality. In entrepreneurship, what makes you is really your environment, and this new surrounding was very conducive for Pierre’s success. The young man had started watching videos on mindset and stopped watching tv to focus on his reading. He was setting himself up for victory and his life changed for good. Pierre Barre is a big believer that no matter who you are, your environment is what will make or break you.

The young adult, quit university in January 2020 to focus full time on his newfound passion. His parents didn’t understand him at first and it took him 3 months to eventually be able to earn 5,000-6,000 euros a month from his networking marketing business. Today, Pierre Barre finally feels that he is financially independent. He loves to travel and he can now do it whenever he wants.

All of his business is conducted from his smartphone and he loves the mobility that it gives him. He strongly believes that it has never been so easy to start a business than in today’s digital world.

According to Pierre Barre, smartphones are a technology revolution that Gen Z is not aware of because they grew up in it. A smartphone is supposed to be used smartly (given the name) but people don’t seem to want to do that and rather use the gadget to watch silly videos and look at pictures on Instagram. In fact, most people spend on average 7 hours a day on their phone, and most waste their time and sometimes money on their expensive device.

For the young entrepreneur Pierre Barre, a smartphone needs to be used as a money-making tool and it has all of the characteristics for it. He also considers that the world wild pandemic has accelerated digital transformation and has made it even more of a money-making opportunity as more people consume, work and socialize online.

Today, in less than a year, Pierre Barre has managed to generate 6 figures sales and built 3 different networking marketing businesses with a network of over 2,000 people. His network spans internationally across Canada, Belgium, France, Switzerland and Africa.

His 2021 goal is to show people that with the right environment and surroundings as well as mindset, you can achieve anything. Nothing changes before you change! Focus on growing your income & spirit and stay tuned!