New Labour Laws From July 1: From Working Hours to Take-Home Salary, Here’s List of Key Changes Likely to Come into Effect From Next Month

The central government is preparing to implement new labor laws from July 1. After the implementation of the new labor laws, major changes can be seen in every industry and sectors. From the regulations related to working hours of employees, provident fund to salary structures, all will undergo drastic changes. 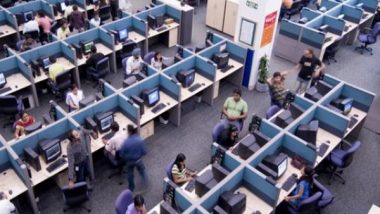 The central government is preparing to implement new labor laws from July 1. After the implementation of the new labor laws, major changes can be seen in every industry and sectors. From the regulations related to working hours of employees, provident fund to salary structures, all will undergo drastic changes.

However, no official notification has been issued yet regarding the implementation of the new labour laws. The impact of the new labor laws will be visible on social security, daily wages, salary, gratuity, labor welfare, health, working hours, holidays etc. TDS Rule Update To Affect Doctors, Social Media Influencers From July 1; Here’s All You Need To Know

As per reports, 23 states have framed state labour codes and rules based on the new Code on Wages, 2019, and the Industrial Relations Code, 2020, the Code on Social Security, 2020, and the Occupational Safety, Health and Working Conditions Code, 2020, all of which have been passed by the Parliament.

List of key changes to come into effect under new labour laws:

The working hours for employees in all sectors will undergo a drastic change. Presently, the working hours are based on the Factories Act, 1948 at the national level for workers in factories and other such workplaces. While it is governed by the Shops and Establishment Acts of each state for office workers and other employees. With the new labour laws, the daily working hours have been capped at 12 hours while the weekly working hours have been fixed at 48 hours. This means that the companies/factories can make it a four-day-work week. Overtime has been increased from 50 hours to 125 hours in a quarter across industries. Credit Card, Debit Card Rules to Change As Card-Tokenisation Comes Into Effect from July 1; Check Details Here

As per the new rules, basis salary shall have to be 50% of the gross salary. So though the EPF contribution shall see an increase, there would be a proportionate decline in the take home salary.

The Central government is planning to rationalise leave schemes under the new labour laws. While the quantum of leaves in a year will remain the same, employees will now earn a leave for every 20 days of work instead of 45. Moreover, the new employees will be eligible to earn leaves after 180 days of employment instead of 240 days of work.

(The above story first appeared on LatestLY on Jun 24, 2022 04:38 PM IST. For more news and updates on politics, world, sports, entertainment and lifestyle, log on to our website latestly.com).