365 Dni DOP Reveals The Idea Behind Raunchy Sex Scenes: 'Be Natural, But Not To Cross The Border Of Pornography' 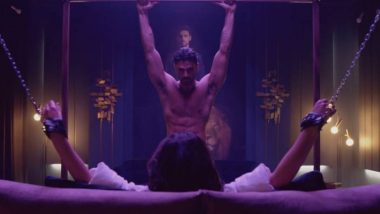 Have you also been seeing a lot of girls posting about 'Are you lost, baby girl?' memes lately? Well, it is all because of a new film on Netflix called 365 Dni - a steamy Polish drama. In the movie, filled with hot sex scenes, a crime boss takes a woman hostage and gives her 365 days to fall in love with her. Let us keep the discussion about the plot for some other time. Right now, we need to tell you that the sex scenes in the film have become a talking point all over. Maybe it is because of the lockdown? Cinematographer Bartek Cierlica talked about shooting the raunchy scenes in an interview with Variety.

He added that the main idea was to create the rising tensions between the lead characters. "We wanted the viewer to participate in playing the game that Laura tries to play with Massimo and discover her sexuality and sensuality with her," he said.

"We wanted the camera to be as much invisible as possible, to let them act, so indeed the takes were very, very long. We created the most intimate atmosphere we could for the actors. We reduced the on-set crew to an absolute minimum. As it was handheld I was following their action, and trying to show their passion in a natural but beautiful way. We wanted this sex to be pretty authentic," he expressed.

Bartek said that the makers wanted the viewers to hear whispers, heavy breaths and that they wanted to show the sweat, passion. "Be natural, authentic, but not to cross the border of pornography," he said.

(The above story first appeared on LatestLY on Jun 15, 2020 08:04 PM IST. For more news and updates on politics, world, sports, entertainment and lifestyle, log on to our website latestly.com).