Bhuj is replete with many heavy-duty action sequences which are mounted on an unbelievable scale. Every sequence has to be seen as a micro project in itself with buget esceeding Rs 50 lakhs per day. 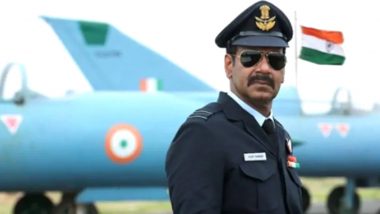 Time to feel the Josh again on this Independence Day, as Ajay Devgn is all set to present his massive film Bhuj-Pride Of India. The trailer gives enough glimpses about the budget this film must have commanded. Believe it or not, but the total production cost of the film is roughly estimated at Rs 130 crore, which is a benchmark of sorts for making a film of this scale and in this genre. Apart from the stellar cast comprising Sanjay Dutt, Ajay Devgn, Sonakshi Sinha, Sharad Kelkar and Norah Fatehi, this massive film boasts, some never-attempted-before visual effects.

"Bhuj is replete with many heavy-duty action sequences which are mounted on an unbelievable scale. Every sequence had to be seen as a micro project in itself. The making of these sequences has cost the makers a bomb of sorts. So, largely the film was divided into these units which were later strung together to make the film that Bhu: Pride Of India is," informed a source from the production team. Bhuj: The Pride Of India Trailer: Ajay Devgn, Sanjay Dutt, Sonakshi Sinha's War Drama Is Brave, Bold And Heroic (Watch Video) 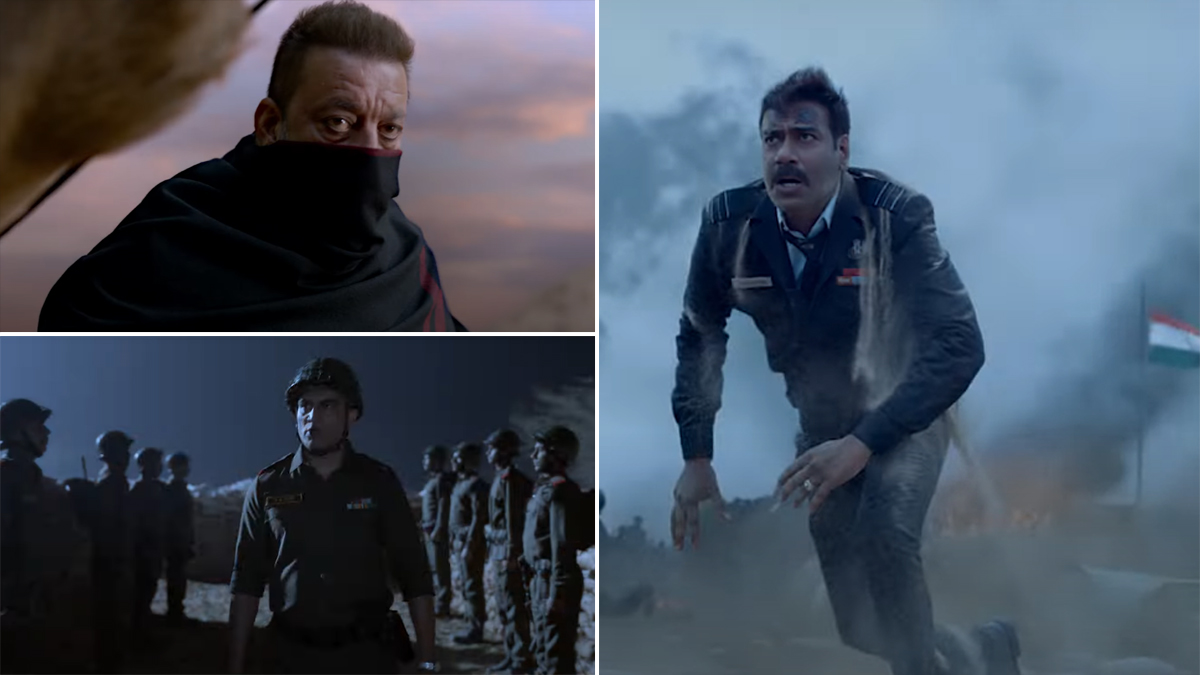 "There's a sequence in the film that shows how the army used water force to battle the enemies and destroys a bridge. This scene was shot at the film city where thousands of liters of water was managed to pump through a hydraulic system to display the shher force of hydropower. Apparently, the makers were not happy with the scene that was created earlier using visual effects alone, so they decided to re-shoot it in order to make it real," informs our secret khabroo. 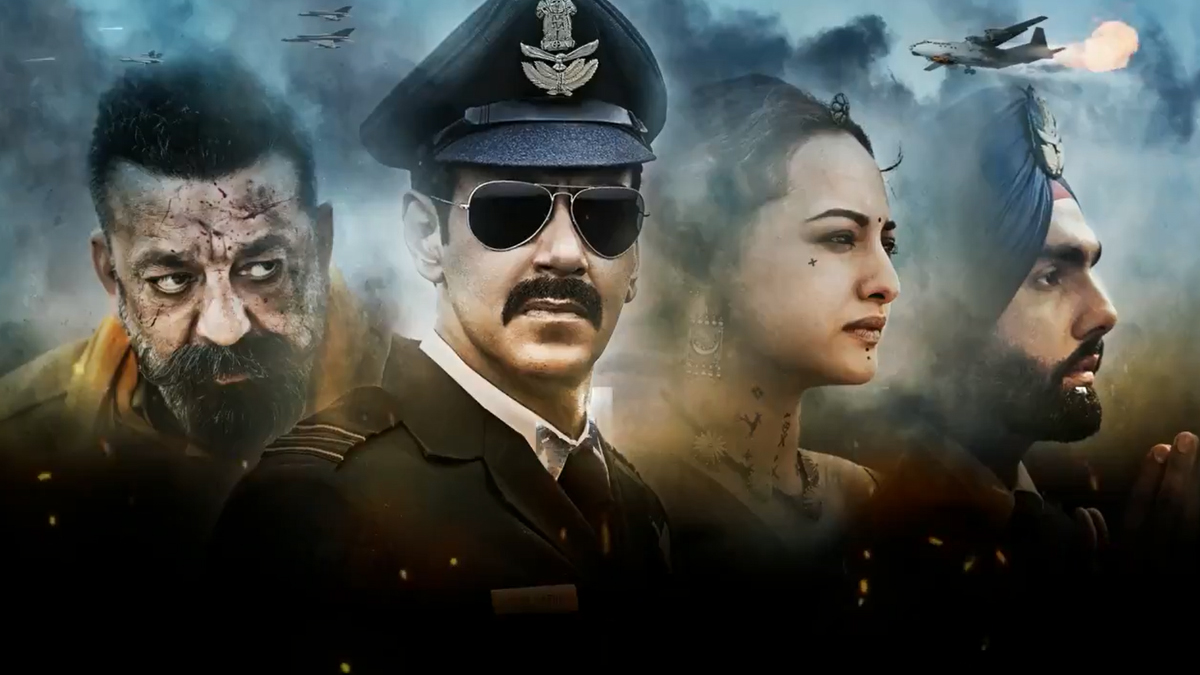 "Apart from the visual effects employed to showcase the battle scenes, the makers made use of fighter jets and massive tanks with more than 600 junior artists used to show the army of 2000 odd people. It is pertinent to note that the budget to create all this exceeded Rs 50 lakh Rupees every single day." he adds further. Bhuj - The Pride of India: Ajay Devgn, Sanjay Dutt and Sonakshi Sinha’s War Drama To Stream on Disney+ Hotstar From August 13 (Watch Video) 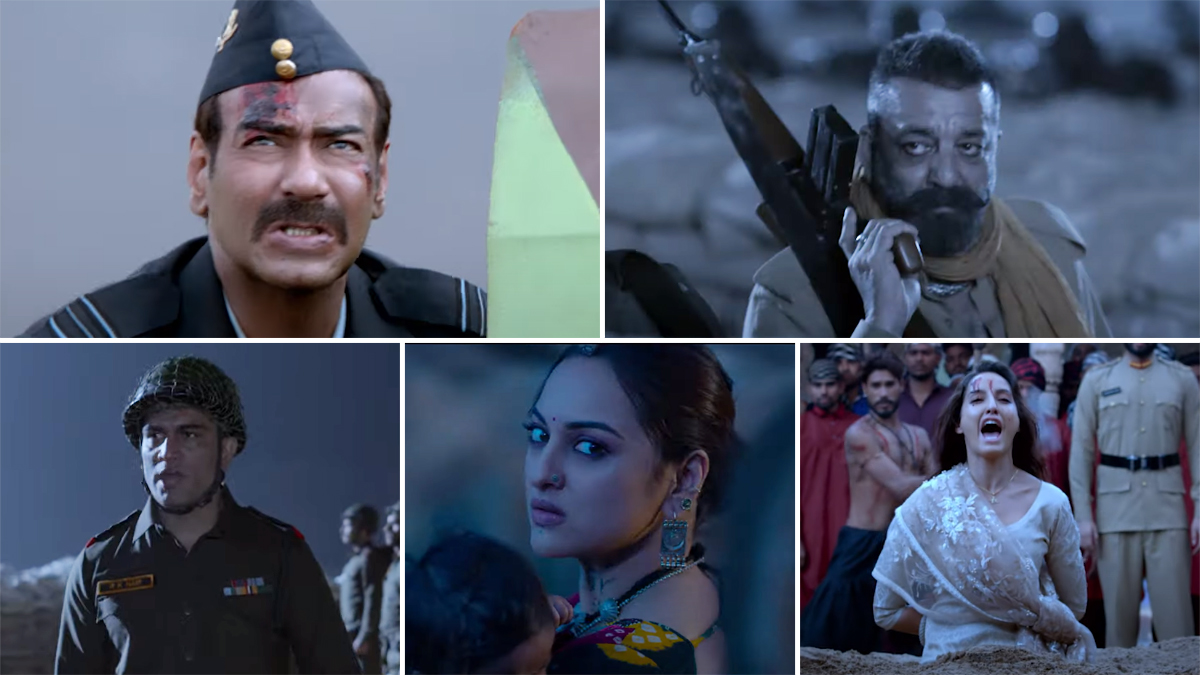 "There is an action-packed scene in the film where Ajay Devgn's character finds out that weapons and ammunition are being brought into the country in the gunny bags containing red chilies. This scene has been shot using 100 kilograms Of red chilies strewn across the floor with Devgn fighting with terrorists rolling over it. Naturally, the sting of the chilies was difficult to manage, and yet Ajay braved all this and kept delivering his best without complaining at all!" recounts our source.

Bhuj takes a slice out of the 1971 India-Pakistan war to serve a story which is  high on blazing patriotism, mega songs and the heavy-duty dialogubaazi. The film follows IAF Squadron leader Vijay Karnik (Ajay Devgn) who ensured India’s victory by re-constructing the Bhuj airbase with the help of 300 women from a local village in Madhapar. Bhuj The Pride of India will release on Disney Plus Hotstar this August ahead of Independence Day. It stars Ajay Devgn, Sanjay Dutt, Sonakshi Sinha, Ammy Virk, Nora Fatehi and Sharad Kelkar.

(The above story first appeared on LatestLY on Jul 14, 2021 06:46 PM IST. For more news and updates on politics, world, sports, entertainment and lifestyle, log on to our website latestly.com).