Abhay Deol Birthday Special: 5 Facts About This Dishy Actor You Are Not Aware Of

Abhay Deol turned a year hotter, wiser and supremely talented. So on his birthday, here're a few things that you can learn about him. 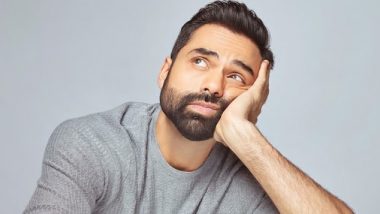 Abhay Deol has always been the Deol with a difference. That's because, despite a usual debut with a formulaic film, he didn't follow the footsteps of any of the Deols. Although he does remind you of the young Dharmendra who has done some of the best social issues movies back in his prime. A very amiable, affectionate Deol who can dance really well, Abhay is also one of the most talented actors in India. Dev D was an Anurag Kashyap interpretation of Devdas but it was Abhay's idea. The director built the script around it. So you know this man is a genius! Jungle Cry: Abhay Deol Elated About the Global Theatrical Release of His Rugby Film

We are pretty sure you think you know all that is needed to know about Abhay Deol. Well, let us surprise you then because there's a lot to that man behind that wicked dimpled grin that hypnotise you.

Many years back, in an interview with Rediff, Abhay revealed how he too struggled even though people think his pedigree helped him where he is today. "People don't expect me to have struggled because they think I am from the film industry. But I did my own thing before acting -- I used to do storyboards, assisted an editor for a movie, made and sold T-shirts!" He did a lot of theatre too.

Abhay admitted in an interview that he ran away after Dev D released. He told PTI, "The reaction to 'Dev D' success wasn't a balanced one from my end. I ran away! I should have stayed around and seen how I could balance things. But I wasn't capable of that. That's my background."

#A Rebel with a cause

Abhay Deol has often used Social Media in a just way. He called out all the Bollywood celebrities who endorse fairness creams which included Shah Rukh Khan. Later, he took on T-series for not releasing the music of his home production One By Two and turned up at an awards function with a bruised eye. It was obviously makeup but he got attention. He even mocked at himself and his career with a meme on Instagram.

Abhay is never known to hide his true feelings about things if he feels its just. He was fuming after the release of Aisha because he realised it was more about clothes and less about Jane Austen's Emma, the book it was apparently based on. He told BT clearly, "I would like to say today that I will never ever be part of a film like Aisha in my lifetime. It’s not the kind of film I’d like to do." You need a lot of courage to stand up to such famous people.

Abhay had auditioned for his debut film Socha Na Tha which was supposed to be produced by someone else. He had informed during an interview, "I went through some auditions where Imtiaz Ali (director of Socha Na Tha) selected me. At that time, he was in touch with another producer. That producer backed out. When I told Sunny (Deol), he wanted to meet the director and hear the script. Sunny liked it. And Vijeta Films took it up from there."

(The above story first appeared on LatestLY on Mar 15, 2020 09:00 AM IST. For more news and updates on politics, world, sports, entertainment and lifestyle, log on to our website latestly.com).