Actress Alia Bhatt's sister Shaheen has shared screenshots on Instagram of hate messages and rape threats that she has been getting from unknown people. Shaheen has also warned of legal action against her abusers. Sharing the screenshots, Shaheen wrote: "Does this surprise you? Why? 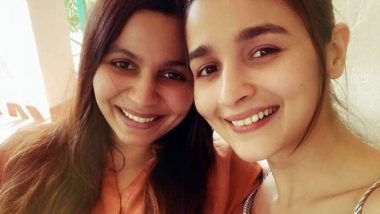 Actress Alia Bhatt's sister Shaheen has shared screenshots on Instagram of hate messages and rape threats that she has been getting from unknown people. Shaheen has also warned of legal action against her abusers. Sharing the screenshots, Shaheen wrote: "Does this surprise you? Why? It doesn't surprise me." "So, I speak now to those of you who think it's okay to send me or anyone messages full of hate: If you send me a message with the sole hope (I say hope because I promise you -- nothing you say is keeping me up at night) of humiliating, insulting, or bullying me, then the following things will happen Alia Bhatt’s Sister Shaheen Shares Screengrabs of Rape and Death Threats They’re Receiving Online, Says Will Take Legal Action (Read Posts)

The messages or comments will first be blocked and reported to Instagram directly. -- You will forfeit the right to your privacy. I will NOT protect your identity. Every sh**ty message you send me will -- should I choose to -- go up for everyone to see. Abusers are emboldened by their anonymity. I will not help hide you. I WILL use all legal recourse available to me to take action. If you think you can't be located because your account is anonymous, please think again. -- IP addresses are easily trackable. You are not invisible. Harassment is a crime." Sushant Singh Rajput Death: ‘Funerals, Chauthas and Homes Of Grieving Families Are Not Photo Ops,’ Says Shaheen Bhatt

Shaheen's post comes at a time when the Bhatt family -- Mahesh Bhatt, his daughters Pooja and Alia Bhatt and mother Soni Razdan -- are being targeted with trolls and memes on social media for allegedly practicing nepotism in the film industry. The trolling started ever since Bollywood actor Sushant Singh Rajput passed away last month. In a series of stories posted on Instagram, Shaheen further wrote: "We live in a country that seems to relish nothing more than rendering people powerless. A country that relishes 'putting people in their place' are showing them their 'aukad'."

"A country where rather than being raised on empathy, most people are raised with the explicit permission to hate. A country where a woman is either your mother, your sister, your wife or a wh**e. A country where not just men, but women feel like the worst thing you can call another woman is a s**t." "Because what better way to render a woman powerless than to make her ashamed of being a woman. Ashamed of being herself. Because if she weren't a woman would she still be debased, humiliated and threatened with violence and violation every day?"

"Would she so casually be robbed of her security and sense of agency? You see. It's genius. You abuse her. Yet, you try to convince her the problem is her. Not you." "I wondered for days whether or not this was something I should address. I debated whether it was worth the effort it would take because ugh, why waste time and even 1 per cent of mental processor power on this." "But then I realised, if I believe that the world should be a place in which women can feel safe and exist without being constantly threatened, sexualised or subjected sexist/misogynistic slurs with the sole intent to humiliate them - if I believe women should be treated like HUMANS."

"Then that's a world I have to help create. And in order to create that world I have to draw boundaries in my own life and pursue action no matter how annoying or time consuming or downright sad it is." The author also addressed Instagram in her story and wrote: "To Instagram- you have zero tolerance policies for a lot of the content that people put up on your platform - I think it's fair to say that misogynistic slurs, intended to subdue and oppress *should* fall under the umbrella of your zero tolerance community guidelines. 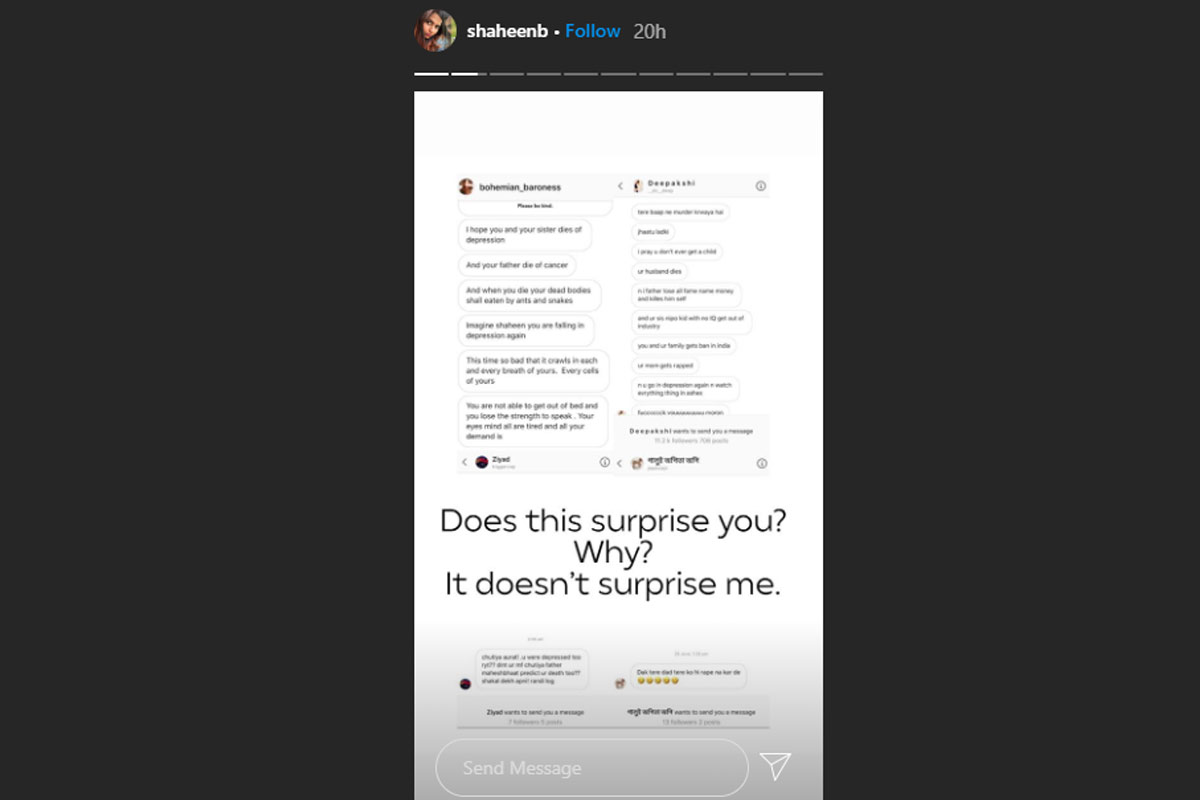 -- But if you don't want to receive abusive message turn off your message requests.' -- Tired of being called a b*tch in your comments? Turn off your comments.' "Asking me to change the way I use a platform because of someone else's hatred and misogyny is the equivalent of telling me that if I go out at night and get assaulted 'I was asking for it'. I should not have to change the way I use a platform if someone is being abusive. They should. Full stop."

(The above story first appeared on LatestLY on Jul 14, 2020 01:22 PM IST. For more news and updates on politics, world, sports, entertainment and lifestyle, log on to our website latestly.com).