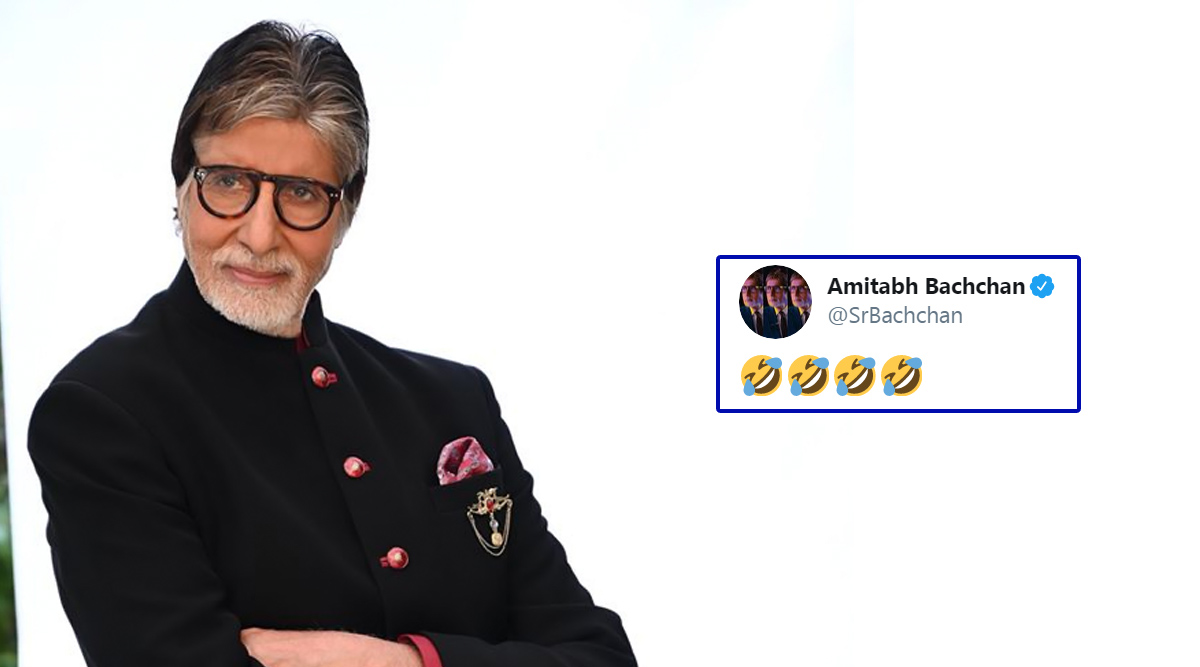 Amitabh Bachchan is quite active on social media during these days just like any other celeb. The COVID-19 lockdown in India 21 days has got everyone scratching their heads as to what should be the schedule next. Big B has been quite vocal about the same on Twitter. However, his recent tweet has left everyone bemused as it kind of makes no sense. It also inspired funny memes and jokes. Amitabh Bachchan Tweets Wrong Link As ‘Official Website for Corona Updates’; Read Details About the Actual Official COVID-19 Dashboard Shared by Government of India – Fact Check.

In his latest tweet, he just posted four emojis (smileys). That's it. That's all. This obviously left the netizens wondering as to what's up with the legendary actor. The actor certainly has not given any context to the same. While the fans wonder what made him crack up suddenly, meme creators are on the go. Here are a few jokes and memes posted  by fans as a reply to this tweet.

Earlier, Senior AB fell prey to some fake news and rumours floating around on the internet. He had shared a fake Whatsapp forward on his Twitter account, got trolled for the same, and later was deleted. He also shared the wrong link as 'official website that gives coronavirus updates.' However, amid this the mega star does not forget to urge his fans to stay at home and cooperate with the initiative taken by the government. He also spread awareness regarding open defecation which is equally important. Coming back to the tweet, what are your guesses?