An Emotional Amitabh Bachchan on Grandson Agastya’s Graduation; It's a Moment of Great Pride and Joy 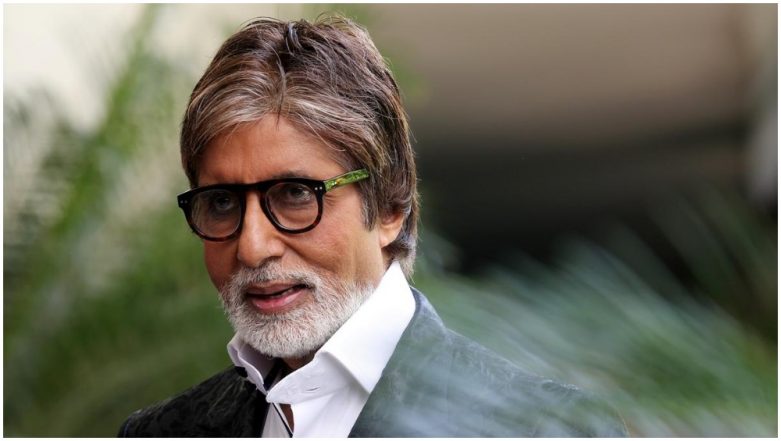 Mumbai: Megastar Amitabh Bachchan was filled with pride as his grandson Agastya graduated in London. Agastya is the son of Big B's daughter Shweta, who also shared multiple photographs from the graduation ceremony and tagged Sevenoaks in London. "In the blink of an eye. Congratulations Gus, you made it," Shweta wrote with one picture, and she captioned another photograph, "Journey wisely". Amitabh was emotional about the moments. Surat Fire Tragedy: Amitabh Bachchan, Urmila Matondkar, Shraddha Kapoor and Other Bollywood Celebs Offer Condolence- Read Tweets

On his blog, he wrote: "Another (grandchild) several miles away graduates and it's a moment of great pride and joy... The family is all with him and there are frequent messages and pictures flying about. "But I mean, he was just born the other day and we had all been around his mother at Breach Candy Hospital, and carried him into the world with affection and love... And there he is today, spanking big boy, carnation on his suit lapel, hair flushed back and looking very British... And taller than everyone else in the family. Amitabh Bachchan to Make a Special Appearance in Vikram Gokhale’s Marathi Film; AB Ani CD

"Err...almost... still have to see where he measures against Abhishek and me," added the actor, who towers at 6 ft-plus. Abhishek Bachchan too congratulated his nephew Agastya and said he felt like one "proud mamu". Apart from praising Agastya, Amitabh also shared a photograph of a card made by his granddaughter Aaradhya for him. "The little one drops by after her Cannes sojourn, writes an affectionate note on a post it...," Big B wrote along with the card's image.

He dissected the card, and wrote: "She got the French beard and the glasses right... the hair has been through 440 volts, and her own self being loved with the 'U <3 I' is her righteous belief, even before I could genuinely express it myself.. the 'Hey Dood' was an after thought... and the typo... haha."