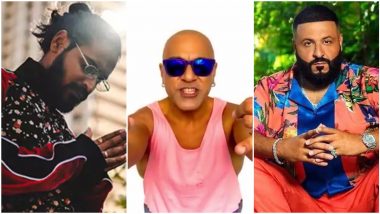 Baba Sehgal entered our lives with "Aaja Meri Gaadi Mein Baith Ja". But for the Gen-Z generation, he is the dude who makes parodies of "Bella Ciao" as "Kela Khao". He calls his parody an inspiration song. "I really love “Bella Ciao” from Money Heist so the song “Kela Khao” just happened. I was doing a lot of songs during the lockdown like “Namaste”, “Corona Go” and all of them were received well. Even I love “Kela Khao”. It is also an inspirational song," he said in an interview with The Indian Express. Rapper Baba Sehgal Blames Lack of Creativity for Bollywood Recreating Old Classic Songs.

Well, the rapper most certainly kept many entertained during the lockdown. And we'd love to see him touch new heights of success. Baba Sehgal really appreciates Emiway Bantai. He said, "I just believe in this guy called Emiway Bantai. He’s excellent, original and his rapping skills are amazing. I think he’s a real rapper, and a hard-working guy. He’s struggled to reach this point and he’s got a million followers and views, and they’re organic."

The singer also pushed for how the music scene in India needs to change. "We need to have a genuine independent music label which promotes independent artistes," he said.

In the most recent time, Baba has released a desi version of "Despacito". He has also sung a beautiful cover of "Thoda Hai Thode Ki Zarurat Hai".

(The above story first appeared on LatestLY on Oct 18, 2020 10:26 PM IST. For more news and updates on politics, world, sports, entertainment and lifestyle, log on to our website latestly.com).