Chupke Chupke Remake: Rajkummar Rao To Start Shooting For The Film In March 2021?

As per latest reports, Rajkummar Rao will start shooting for Chupke Chupke remake in March 2021. However, there has been no official announcement on it yet. 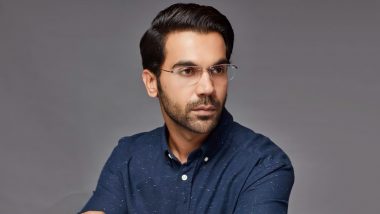 Rajkummar Rao is loaded with some fabulous projects in his kitty. It includes Anurag Basu’s Ludo, Hardik Mehta’s Roohi Afzana, an untitled project with debutant director Abhishek Jain, Harshavardhan Kulkarni’s Badhaai Do, Hindi remake of Telugu film Hit with Sailesh Kolanu and then Chupke Chupke remake. He has a string of comedy films lined up along with an investigative thriller. Talking about the 1975 film Chupke Chupke, in April last year it was reported that Rajkummar would be stepping into Dharmendra’s shoes in the remake. The veteran actor had played the role of a charming professor named Parimal Tripathi. Rajkummar Rao All Set to Reprise the Role of Dharmendra in Chupke Chupke Remake.

As per latest reports, Rajkummar Rao will start shooting for Chupke Chupke remake in March 2021. However, there has been no official announcement on it yet. A source revealed that the film would mostly be shot indoors in a studio. Elaborating further, the source stated, “The script is undergoing some rewrites as the makers are determined to do justice to the original. They are also in talks with several actors for the role of Sukumar, professor of English masquerading as Parimal and trying to teach botany, enacted by Amitabh Bachchan in the original. The cast should be locked by December,” reports Mirror. Rajkummar Rao's Chupke Chupke Remake to Be Titled Same as the Original After Producers Bag the Rights from Manish Goswami.

Chupke Chupke, directed by Hrishikesh Mukherjee, is highly remembered for Dharmendra and Amitabh Bachchan’s comic act and for the remake of it, the makers are looking out for an actor to step into the latter’s shoes. Big B had portrayed the role of a professor of English literature named Sukumar Sinha.

(The above story first appeared on LatestLY on Oct 27, 2020 09:12 AM IST. For more news and updates on politics, world, sports, entertainment and lifestyle, log on to our website latestly.com).