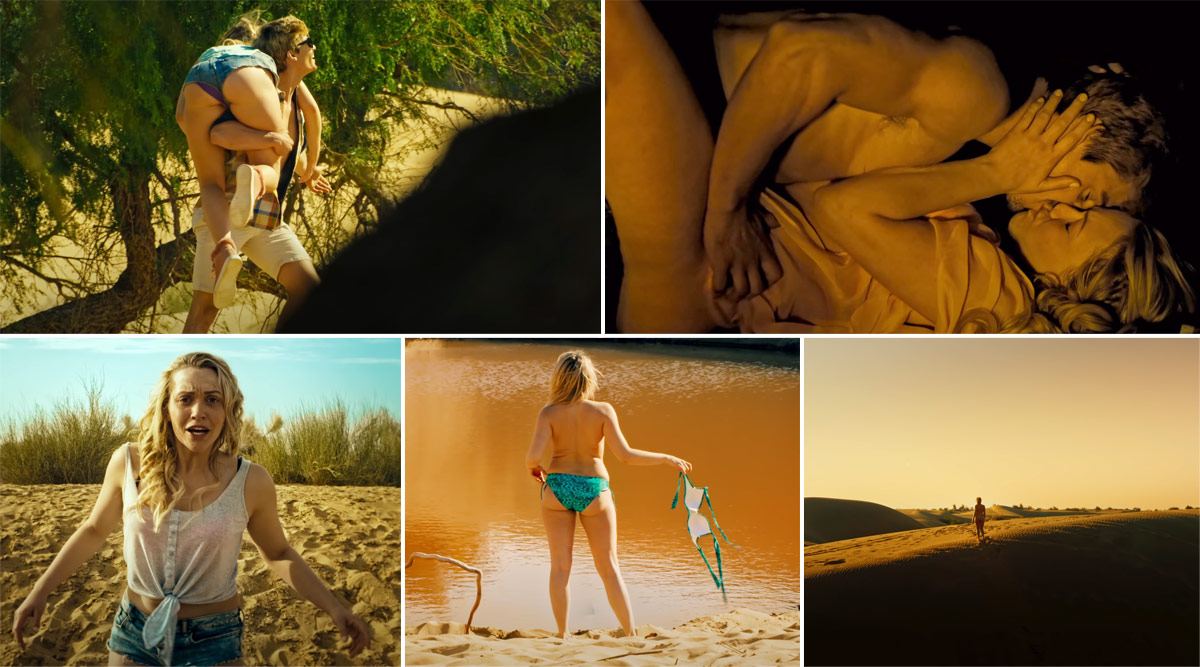 After teasing fans with a little glimpse from his upcoming project titled as 'Climax' starring porn star, Mia Malkova, filmmaker Ram Gopal Varma has now unveiled the official trailer of the same and it looks hot and terrifying. As promised by the makers, the trailer dropped on May 18, 2020, and we bet you don't want to miss this one. Frankly, after the mini erotica kinda teaser of 'Climax', we expected the trailer to be a lot sexier, but however, it's not. Having said that, fans of RGV movies will surely love this one as it serves you sizzling scenes as well as some horrifying snippets, all packed in one. Climax Teaser: Ram Gopal Varma's Film Starring Adult Star Mia Malkova Is Sufficiently Hot and Deliciously Thrilling (Watch Video).

Elaborating on the trailer, it starts with Mia and her partner (we are guessing here) on a trip wherein the two can be seen going wild amid the desert. However, their sexy romance is shortlived as they get caught in an explosive as well as a creepy mess. Going by the vibes of the clip, it looks like an action-thriller with some ghosty twist. Also, we are sure fans will love adult star Mia in the flick as she has given her cent percent to the character. Ram Gopal Varma Jokes That He Has Been Tested Positive for Coronavirus on April Fools Day, Later Apologises (View Tweets).

Check Out The Trailer Of 'Climax' Starring Mia Malkova Below:

The trailer has no dialogues and just is infused with this slow and spooky music in the backdrop. FYI, this is a second-time collab of the director with Mia as he has earlier worked her in the movie, ‘God, Sex and Truth’ (2018). Also, during the time when the teaser of 'Climax' was out, netizens had loved it and how. Stay tuned!