Deepika Padukone and Ranbir Kapoor Honoured with IIFA Special Award for Best Actors in the Last 20 Years; Twitterati Bash Organisers for Putting Them in This Category 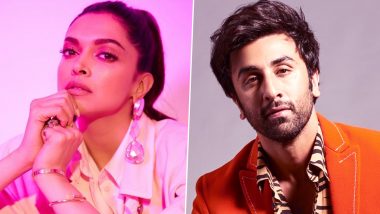 The star-studded evening of the 20th edition of International Indian Film Academy (IIFA) Awards saw great performances and celebs being honoured with awards. Many leading celebrities came under one roof for this glamorous event. It took place at the Mumbai’s Dome, NSCI, SVP Stadium. Although netizens applauded on hearing some of their favourite actors and actresses winning big, but when Deepika Padukone and Ranbir Kapoor were honoured with IIFA Special Award for Best Actors in the last 20 years, they were shocked and miffed with such a category. IIFA Awards 2019 Complete Winners' List: Alia Bhatt, Ranbir Kapoor, Ranveer Singh, Vicky Kaushal Win Big.

Forget 20, but it has not even been 15 years since Deepika Padukone and Ranbir Kapoor started their acting careers. DP made her acting debut in 2006 with the Kannada film Aishwarya, whereas Ranbir Kapoor made his Bollywood debut with Sanjay Leela Bhansali’s Saawariya that released in 2007. So it has been just 13 years and 12 years, respectively since the two have being working in the entertainment industry. So why did the organisers put Deepika and Ranbir in such a category? asks Twitterati. Fans who are miffed with this award category have expressed which is that next award IIFA organisers would probably give Deepika and Ranbir.

Twitterati Is Well-Versed With Deepika and Ranbir’s Career Track

That awkward moment when #RanbirKapoor and #DeepikaPadukone get award for 'contribution in last 20 years.' Errr...didn't they start their careers just 10 years ago? #IIFA2019 #iifahomecoming #IIFARocks2019 #IIFAAwards2019

Some New Ideas For IIFA Organisers

Next year they will get lifetime achievement award.

Who Else Could Have Received This Award

Here’s What An RK Fan Has To Say

RK deserved that just by choosing content oriented films when it was a rarity..barfi,tamasha,rocketsingh etc...

So do you think it made sense to honour Deepika Padukone and Ranbir Kapoor with the ‘IIFA Special Award for Best Actors in the Last 20 Years’? Meanwhile, the film Raazi won the best film award whereas the best actors awards were bagged by Ranveer Singh and Alia Bhatt. Heartiest congratulations to all the winners!

(The above story first appeared on LatestLY on Sep 19, 2019 09:27 AM IST. For more news and updates on politics, world, sports, entertainment and lifestyle, log on to our website latestly.com).