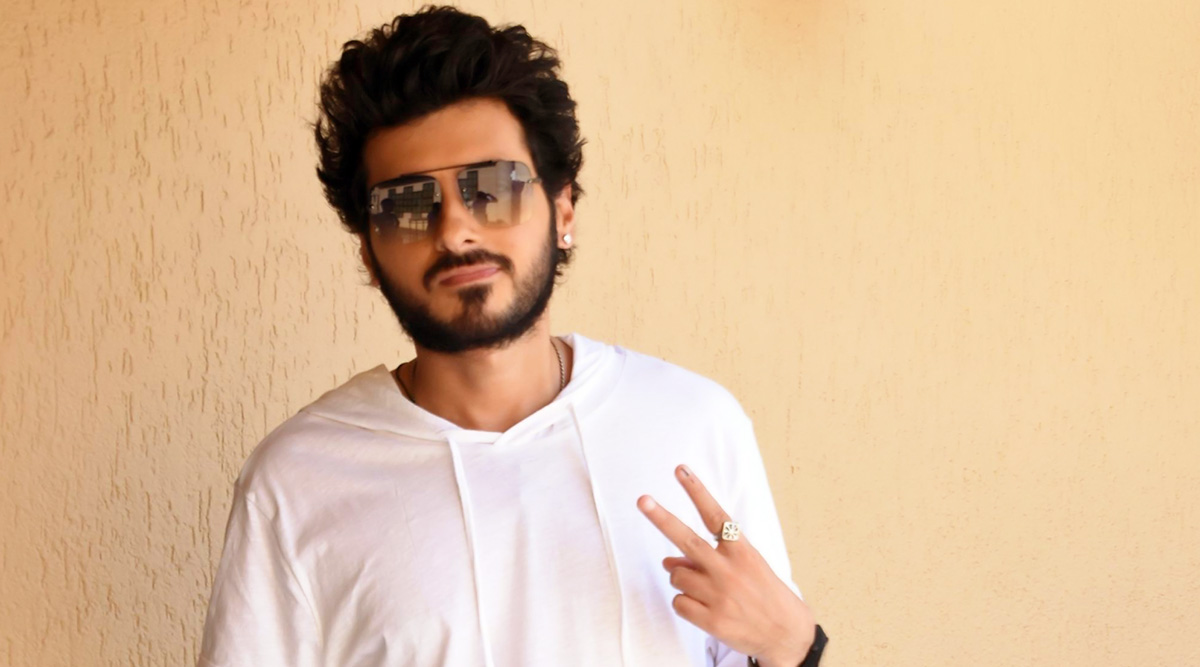 Actor Divyendu Sharma recently played a pivotal role in the digital film Shukranu that deals with the struggle of a man after sterilisation. The film, set against the backdrop of Emergency in 1975, makes the point that we need to stop practising toxic masculinity if we want to see a gender-neutral society. "The definition of masculinity is changing, and I look at it as a positive change. With the kind of subjects that we are exploring in mainstream cinema, a dialogue has started. I mean, as a man I do not have to prove that I am a man and therefore I will not practice the age-old toxic masculinity. I am a man, I know it. I do not have to discriminate or belittle someone to prove, 'main hoon asli mard' (I am a real man). It never works," Divyendu told IANS. Karisma Kapoor Opens Up About Her Acting Comeback with ALTBalaji-ZEE5 Series Mentalhood, Says ‘Being a Mother Has Been Most Important Thing for Me’.

Directed by Bishnu Dev Halder the film also features Shweta Basu Prasad, Sheetal Thakur, Aakash Dabhade, Sanjay Gurbaxani, and Rajesh Khattar. Highlighting the interesting points of the story, Divyendu mentioned: "What I found interesting in the story is that it is a very personal and human story. Whenever we talk about Emergency, we talk about sterilisation, and the politics of that decision. In our film, we are highlighting how the lives of many couples got ruined and how a political decision affected personal lives of many." Naxal: Rajeev Khandelwal to Play a Cop in the Upcoming ZEE5 Series.

The "Pyaar Ka Panchnama" fame actor added: "In the process of making the film, I realised how frustrating it must have been for men who went through the process and could not even talk about it openly. Talking about sex is a taboo in our society anyway, and back then it was more so. When a man is conditioned with a certain idea of masculinity gets sterilised, it is a very different situation. People would call that man a 'na-mard', and there was a social shame attach to that, although the decision of sterilisation was taken by the then government. "

"Since our society is patriarchal, it has always been projected that a man is stronger than a woman. Therefore, there are many issues a man suffers from that can never be discussed in public. Phir toh uske mardangi pe lalkaar hai (that would challenge his masculinity). If we want to celebrate equality, every story should be told. As an actor, I am glad to be part of such stories that address these issues," he added.

With films like "Vicky Donor", "Shubh Mangal Zyada Saavdhan", "Bala", and "Shubh Mangal Zyada Saavdhan", Bollywood is exploring stories that break the 'hero' stereotype. Divyendu said: "In mainstream Bollywood, Ayushmann (Kurrana) is choosing such subjects, and story writers are also coming up with stories where a man is shown in a real light, where a man is vulnerable."

"I have been part of this film Shukranu as well as Badnaam Gali, which is a story on surrogacy, and I find these stories important. Having said that, these stories should be told in an entertaining manner, otherwise people will run away from these films," he added. Shukranu is streaming on the OTT platform ZEE5.