Exclusive! Go Goa Gone Singer Arjun Kanungo Reveals His Birthday Plans and Shares a Sweet Message for All His Fans 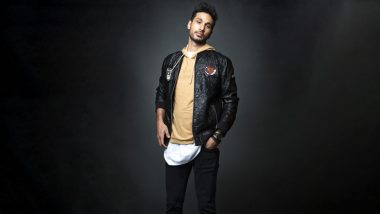 Arjun Kanungo, popularly known for singing Khoon Choos Le song from Saif Ali Khan's Go Goa Gone celebrates his 28th birthday singer. The charming singer, who's often held responsible for making girls go weak in their knees is quite a humble guy at heart. His duet with Momina Mustehsan went viral on the internet and broke certain records within a short span of time. When DNA asked him if Bollywood singing was never a dream for him, he corrected them saying he has his entire life to do Bollywood. His focus for the last three years was non-filmi music and he was one among the few who believed that  Pop music will be mainstream like it is now. ‘Aaya Na Tu Is a National Hit Only Because of Salman Khan’ Says Arjun Kanungo (EXCLUSIVE)

We recently got in touch with this handsome singer to know his birthday plans or if he even plans to celebrate one. And we must say, we were too glad to hear his response. When asked to reveal his birthday surprise, Arjun said, "Last night was amazing!  My close friends came home and surprised me which was really sweet. We then went for dinner and had a great time. This is how I actually like to start my birthday with my close friends." Going further, he said, "Today I have a fun day planned. Lunch with family and dinner plans with my friends. After the super hectic month, I deserve to have some chill time with my friends! The best part is I get a day off which I am most thrilled about and I get to spend it with people I love. I feel blessed that I have such amazing friends and family and that I can spend this day with."

Also, just in case you thought the singer forgot his fans then we guess you don't know him yet. He had a special message for all fans when he said, " I would love to thank all my fans for their lovely wishes they have been sending me all day long".

(The above story first appeared on LatestLY on Sep 06, 2018 04:50 PM IST. For more news and updates on politics, world, sports, entertainment and lifestyle, log on to our website latestly.com).