Talking about working with Kriti for the third time, Pulkit said when the two of them are on set together, they are there as individual actors and not a couple. 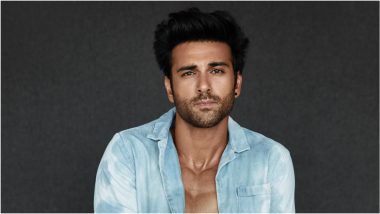 Pulkit Samrat will be next seen in the Zee5 film, Taish. The movie is directed by Bejoy Nambiar and reunites the actor with his girlfriend, Kriti Kharbanda for the third time on screen. They have earlier worked together in movies like Veere Ki Wedding and Pagalpanti. However, in Taish, the two are not romantically paired opposite each other. Talking about working with Kriti for the third time, Pulkit said when the two of them are on set together, they are there as individual actors and not a couple. Are Pulkit Samrat And Kriti Kharbanda Planning To Tie The Knot Anytime Soon? Actor Spills The Beans.

"I respect her [Kriti Kharbanda] as a colleague first because that's how we met. That's how we started working together as colleagues. We got into a relationship later. We keep the personal and professional aspects of our life separate. I am very proud of the work that she's doing," Pulkit said.

He added, "People won't question me if I do one more film with Varun Sharma. I share a very deep relationship with Varun. Same is with Richa, Ali, Pandit ji, Manjot and my entire family of Fukrey. So, it is not like that we are girlfriend and boyfriend so it will be tough for us to perform." Taish Trailer: Harshvardhan Rane, Pulkit Samrat, Jim Sarbh, Sanjeeda Sheikh's Thriller Looks Stylishly Killer (Watch Video).

"When we are sets even together, we are there in an individual capacity as actors. Just following the directions from a director, trying to bring the best out of each other as colleagues. We romance when we have an off from work," Pulkit added.

Pulkit added that they had a comfortable lockdown. He learnt how to cook. He and Kriti also learnt how to play the piano. The actor said that he tried his hands at the guitar once again during the lockdown, making the best use of the time.

(The above story first appeared on LatestLY on Oct 28, 2020 10:09 PM IST. For more news and updates on politics, world, sports, entertainment and lifestyle, log on to our website latestly.com).