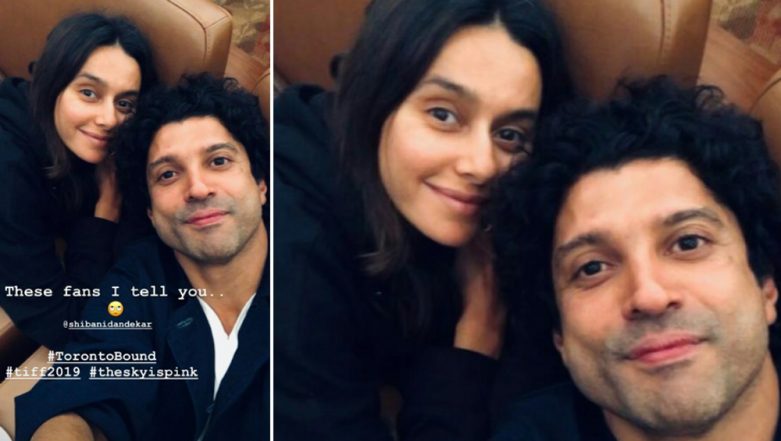 Farhan Akhtar and Shibani Dandekar are truly in love and their every pic is the proof. The actor is right now busy promoting his next film which is The Sky Is Pink. The trailer recently released and left the fans mighty impressed. He is now all set to grace TIFF 2019 where the flick will premiere on 13 September 2019. Amid all this, he posted a pic with his girlfriend with a funny caption. Farhan Akhtar Posts a Video of Shibani Dandekar and Says, ‘You’re The One That I Want’.

As the actor is posted a selfie with the actress, he mockingly wrote, ‘these fans I tell you’. Of course, the cute banter between the B-town couple is loved by the fans! The star did not think twice between calling her his fan in jest! Check out the pic below of the Toronto bound couple. The Sky Is Pink Trailer: Twitterati Can't Stop Raving About 'Queen' Priyanka Chopra, Laud the Film as the Bollywood Drama They Were Waiting For!. 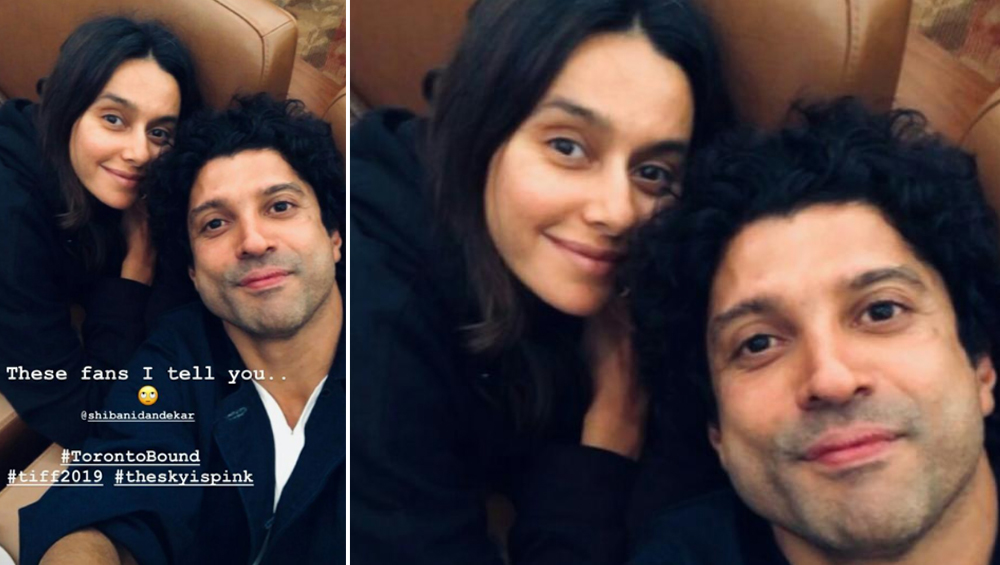 Speaking of the movie, it has got the fans already talking positively about it. The film by Shonali Bose stars Farhan, Priyanka Chopra, Rohit Saraf and Zaira Wasim in the lead. This marks as the Bollywood comeback for PC. Also, this will be for the second time that Farhan-Priyanka will be seen sharing the screen space after Zoya Akhtar’s Dil Dhadakne Do. Their chemistry as ‘Moose’ and ‘Panda’ was loved in the trailer and so were their different looks. Now, it must be seen how the critics and the TIFF attendees react to the much-awaited film. In India, the movie is slated to release on October 11 this year. Coming back to Shibani and Farhan’s mushy selfie, how many of you can already hear the wedding bells?