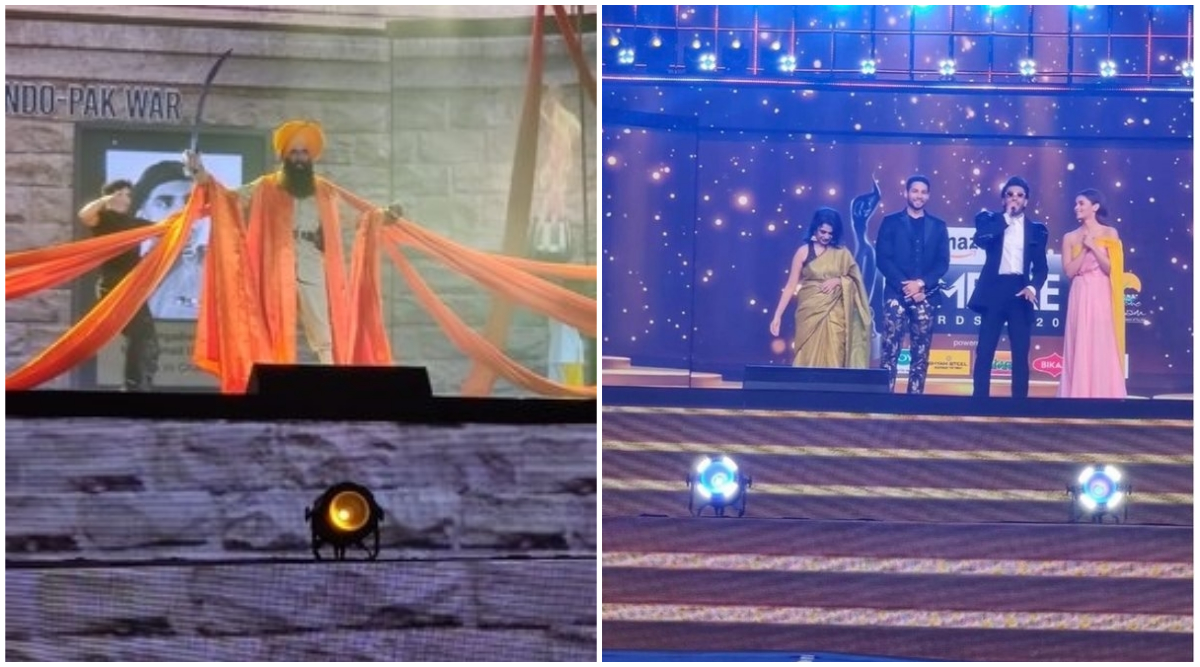 The 65th Filmfare Awards happened with much enthusiasm and glamour. The fans were super excited to see the shimmering stars from the ceremony getting decked up. The red carpet appearances made headlines for multiple reasons. Also, the winners' list got highly discussed on the social media platforms. Amid this, Twitterati got a glimpse of how the celebs enjoyed the ceremony inside the venue. The pictures and the videos have surfaced on the internet already. Filmfare Awards 2020: Kesari Lyricist Manoj Muntashir Upset After Losing to Gully Boy, Vows Not to Attend Any Awards Show (View Tweet).

Akshay Kumar danced on the Bala song from Housefull 4 film. He also grooved to the songs from his hit film Kesari. Vicky Kaushal and Karan Johar took to the stage as the hosts. On the other hand, the fans were excited to see Varun Dhawan greet his favourite co-star Alia Bhatt at the function. Here are a few pics and videos from the ceremony.

Kartik Aaryan and Ananya Panday Together

The Punjabi munda @vickykaushal09 and Khiladi @akshaykumar are taking the stage by storm! 😍@filmfare

On a very different note, Bollywood star-kid, Ananya Panday is getting trolled for her win. She won the best debut female award for her performance in Student Of The Year 2 and hell broke loose! Twitter users trolled the filmfare jury for handing over the honour to her over other actresses. All in all, as you can see above, it was an eventful night for the Filmfare attendees and also for those who were religiously following the function on social media throughout!