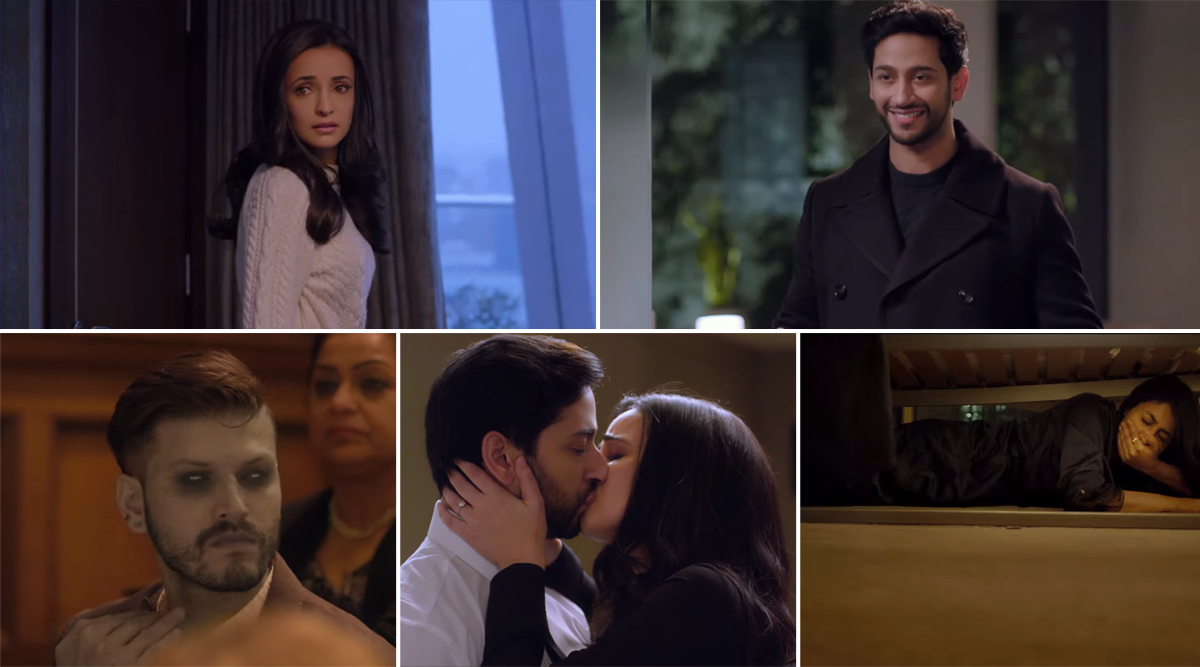 And yet again, Vikram Bhatt is back with his favourite genre- horror. The filmmaker released the trailer of the film titled as Ghost. It stars Sanaya Irani and Shivam Bhaargava in the lead. Yes, we agree that Bhatt has been a master of this genre in the past. Ghost looks like an extended version from the filmmaker's last release 1921. This one too is set in an isolated mansion in England, just like most of his films.

Sanaya has been the favourite TV girl since her stint in Miley Jab Hum Tum and recently in Iss Pyaar Ko Kya Naam Doon?. These roles allowed her to gain a massive fan base. From the trailer, it is evident that she plays a lawyer. And Shivam plays the person whom she is defending for allegedly murdering his wife.

The background music is decent and how it is supposed to be in any typical horror film. Now, Bhatt knows the drill. The locations are similar to the ones shown in his previous films, expensive, massive and classy. Then, there are Bhatt style bold scenes in this film too. Check out the trailer below.

It has to be seen whether this horror flick manages to make the audience jump from their seats! Also, as this is Sanaya's Bollywood debut (not considering her role in Fanaa), it is crucial for her. Tell us your take on the film in the comments section below.