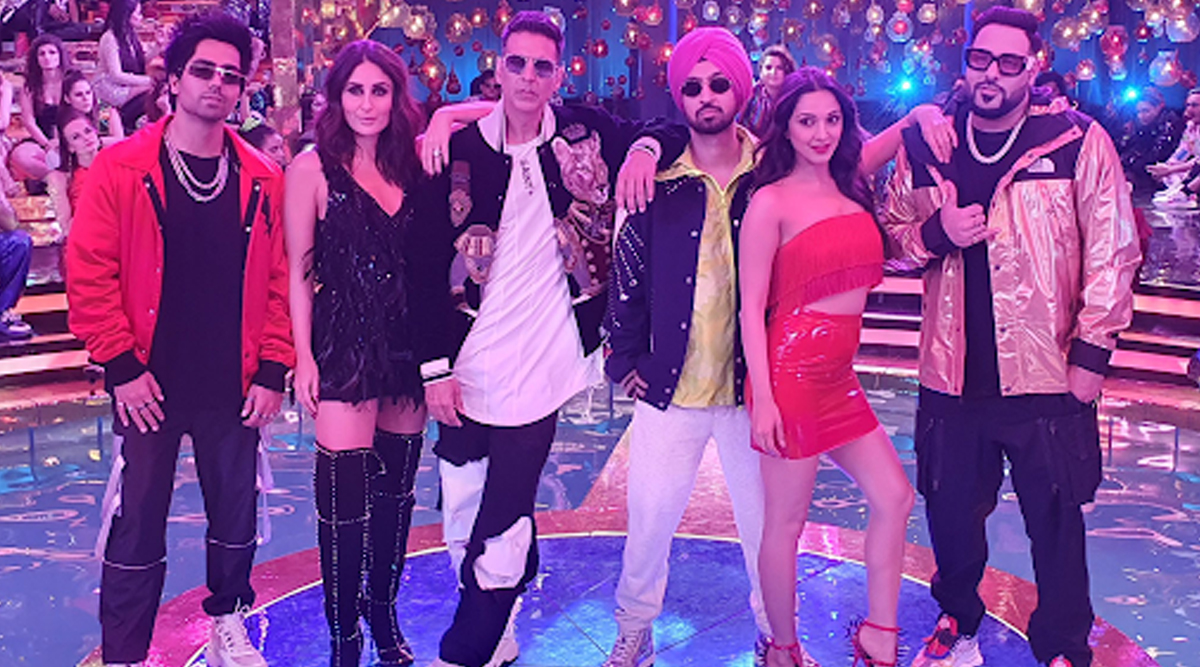 Akshay Kumar is on a roll and how! The actor will have four releases this year and this is no small feat. After attempting historical genre with Karan Johar's Kesari, he was quick to be a part of Mission Mangal and then venture into comedy with Housefull 4 and then return with Good Newwz. The movie produced by K Jo also stars Kareena Kapoor Khan, Diljit Dosanjh and Kiara Advani. While we're eagerly waiting for the makers to reveal its first poster, we have a fair idea about what's in store for us, courtesy Khiladi Kumar. Kareena Kapoor and Good Newzz Stars Take Up Akshay Kumar’s #TheBalaChallenge From Housefull 4 (Watch Video).

Akshay took to his Twitter account to share a picture with his entire star cast and give us an insight into what the party anthem of this year will look like. The awesome combination of the actors will groove together with Harrdy Sandhu and Badshah on a musical track that we believe is the next chartbuster in the making. We recently heard Sandhu's 'Naah Goriye' from Ayushmann Khurrana's Bala and though the song was popular already, Harrdy made it even better this time.

#GoodNewwz straight from me to you!! I give you this Legendary cast on the Dance Floor this Christmas 🎁

We believe the song is titled 'Lucky You, LuckyMe' and it would be apt to play at the New Year parties. Kareena is looking like a million bucks and so is Kiara in her red hot attire. Interestingly, Badshah was offered Diljit's role in this movie but he rejected it. Guess, he was always destined to be a part of it in some way or the other. Good Newwz is all set to hit the screens on December 27, 2019.