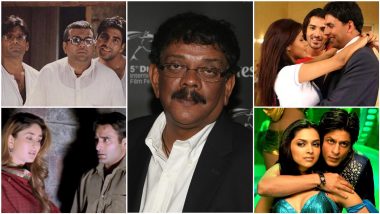 With Hungama 2, after a gap of eight years, director Priyadarshan returns to making a feature-length film in Bollywood (in between, he had directed a segment, Anamika, in the 2020 anthology Forbidden Love). That too in the genre his Bollywood fanbase loves his work the most - Comedy. Hungama 2 is scheduled for an OTT direct release this week, coming straight to Disney+ Hotstar on July 23. The movie stars Meezaan Jafri, Pranitha Subhash, Paresh Rawal, Shilpa Shetty Kundra, Ashutosh Rana, Rajpal Yadav and Johnny Lever. Hungama 2 Confirmed As Minnaram Remake; 7 Times Priyadarshan Remade His Own Malayalam Hits and How They Fared at the Box Office!

Contrary to what its name suggests, Hungama 2 is not a direct sequel to the director's own hit Hungama that came out in 2003, but more of creating a brand out of the comedy of errors based around suspected infidelities. When it comes to making comedies, Priyadarshan has given some very entertaining gems in the past, though he did lose his golden touch in recent years. Hera Pheri, a game-changer for the director when it comes to his Bollywood career, is considered as one of the best comedies in Hindi cinema.

What the filmmaker lacks in originality (even Hungama 2 is a remake of his Malayalam hit Minnaram, which itself isn't original), Priyadarshan makes it up by sprinkling the film with laughs, plentiful of gags and entertainment. There are times he falters when it comes to amusing us, case in point, movies like Kamaal Dhamaal Malamaal and Chup Chup Ke, but more than often, he does somewhere close to hitting the bulls' eye and even occasionally getting to that sweet spot.

In this special, we look at the seven best comedies that Priyadarshan made in comedy, ranked in ascending order. 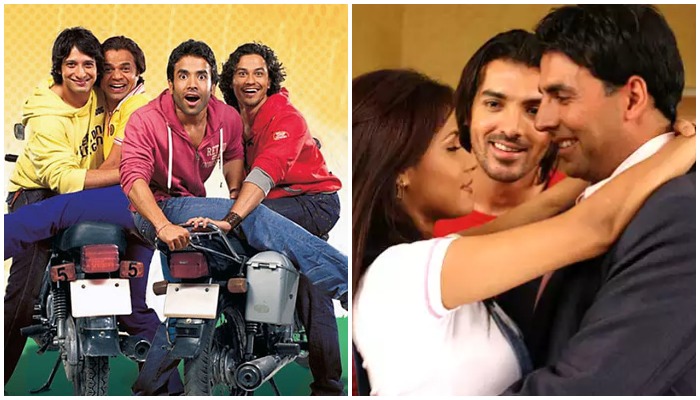 At the seventh spot, I want to tie up two of his buddy comedies that are problematic in their themes (glamourising the idea of stalking and cheating), but nevertheless does have the stuff to make you laugh. Dhol is the remake of the Malayalam film In Harihar Nagar, which itself was earlier remade in Hindi as Parda Ae Parda. What works here is the situational comedy and the chemistry between the lead cast with Sharman Joshi, Tusshar Kapoor, Rajpal Yadav and Kunal Kemmu all in top form. Priyadarshan Birthday Special: Boeing Boeing, Kilukkam, Thenmavin Kombath – 5 Evergreen Malayalam Movies Helmed By The Director Featuring Superstar Mohanlal!

As for Garam Masala, it is Akshay Kumar's epic comic timing that saves the day in this remake of Priyadarshan's Malayalam hit Boeing Boeing, also a remake of a English film by the same name. The movie also features John Abraham in one of his early comic roles, not that comedy has still become his forte. 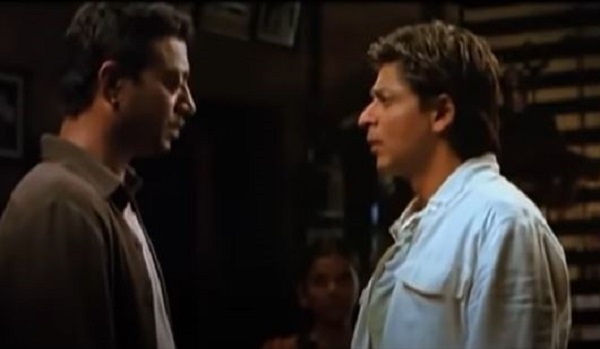 Priyadarshan's first collaboration with Shah Rukh Khan was a box office disappointment, and rightly so. In trying to remake the Malayalam film Kathaparayumbol, Priyadarshan amps up Shah Rukh Khan's role in the movie (Mammootty's role was an extended cameo in the original) and kept the comedy farcical instead of a satire. Where Billu works, and why it earns its spot in this list, is in Irrfan Khan's restrained performance and a beautiful climax that is indubitably winning. 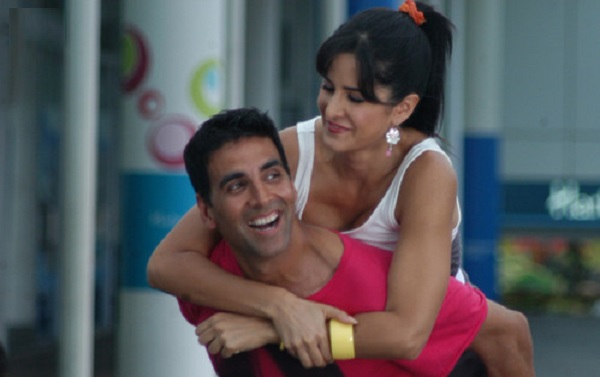 By the time this full-length comic entertainer arrived, Priyadarshan's comedies have been losing the golden glow at the box office. De Dana Dan is often misogynistic, loud, and rude (but then most of Priyan's comedies were that, especially his Hindi movies), but its multi-layered narrative and an ensemble cast, featuring the likes of Akshay Kumar, Suniel Shetty, Katrina Kaif, Paresh Rawal, Shakti Kapoor, Johnny Lever, Archana Puran Singh, raise much mirth. 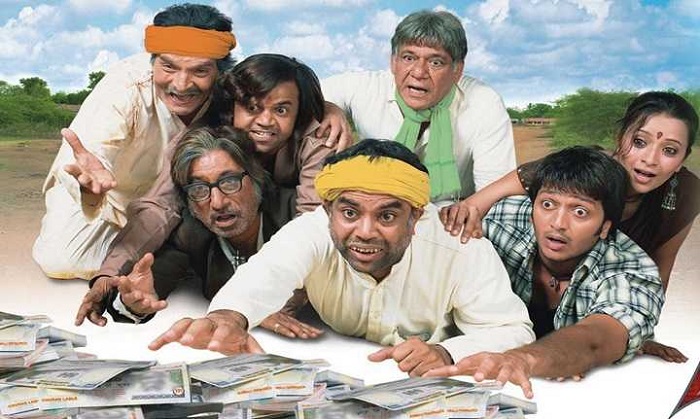 The only film in this list that doesn't feature a superstar per se (Riteish Deshmukh's star value was just on the rise then), this was an experiment for Priyadarshan that worked in his favour. A remake of the film Waking Ned, the director relies on the comic talents of Paresh Rawal, the late Om Puri and Asrani to lead the cast and deliver some hilarious situational comedy. Priyadarshan later remade this film in Malayalam as Aamayum Muyalum, starring Jayasurya, but it failed at the box office, unlike the Hindi film. 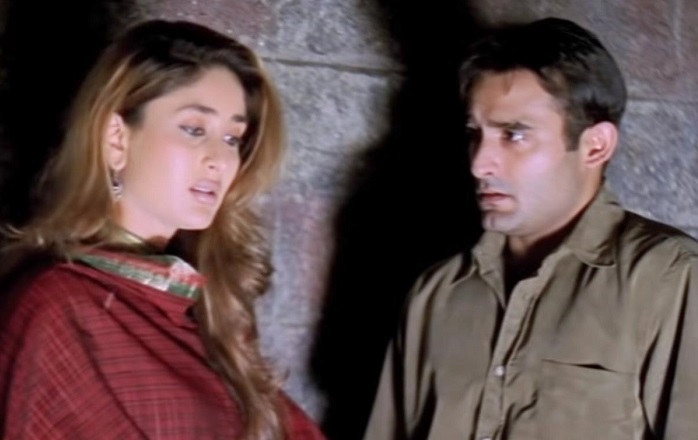 Between 2000 and 2004, Priyadarshan had a great run, as he gave three of his best comedies in Hindi in this period. The last of those being the remake of Siddique-Lal's Godfather, that had Akshaye Khanna, Kareena Kapoor, Paresh Rawal, Arshad Warsi, Jackie Shroff, Suniel Shetty, Arbaaz Khan and the late Amrish Puri in the cast. Hulchul is not just a comedy, it is also a family entertainer and a romantic comedy. In this case, all the three genres manage to blend with each other and thus making Hulchul a timepass entertainer. 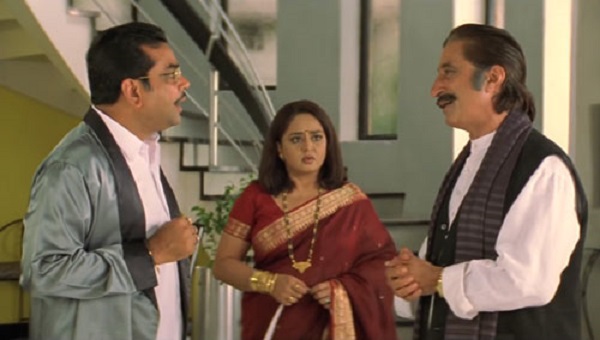 The original Hungama is special because it is the remake of Priyadarshan's first film in Malayalam cinema, Poochakkoru Mookkuthi. Featuring an ensemble cast, Hungama still evokes laughter with its comedy of mistaken identities, and benefits from the talent involved, especially Paresh Rawal, Rajpal Yadav and Akshaye Khanna in top form. 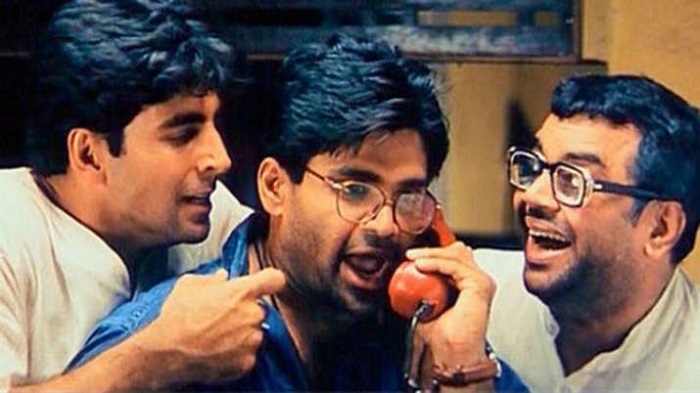 Hera Pheri is not only a very funny film (and so is its Malayalam original Ramji Rao Speaking), but also a very important film for its director, and lead actors. Hera Pheri's success reignited Priyadarshan's Bollywood career, that was on a wane then, as well as give a much-needed hit for Akshay Kumar and Suniel Shetty, who also were going through a lean phase in their careers. What's more, it (re)introduced the country to Paresh Rawal's comic abilities (something Andaz Apna Apna and Daud did try, but got him stuck as a comical villain), with Baburao Apte being one of the most iconic characters in Bollywood. The sequel might be a bigger hit, but Hera Pheri will always be the better film.

(The above story first appeared on LatestLY on Jul 20, 2021 06:37 PM IST. For more news and updates on politics, world, sports, entertainment and lifestyle, log on to our website latestly.com).