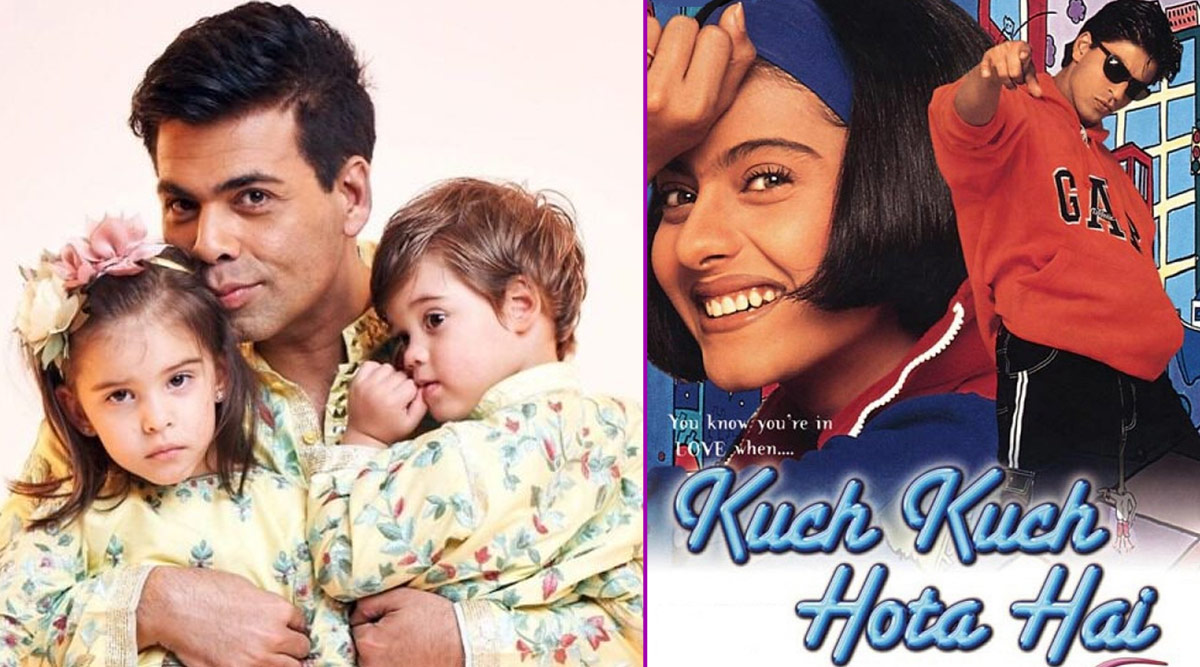 Karan Johar's little munchkins, Yash and Roohi are the latest stars of Instagram. The twin toddlers of the Bollywood director are hogging all the limelight with their cute interactions with their father. A proud dad that KJo is, he is enthusiastically documenting them on his Instagram page. The celebs and the fans, all are loving it too. The latest one is about Yash calling Shah Rukh Khan-Kajol-Rani Mukerji's Kuch Kuch Hota Hai 'boring.'

Yes, the baby boy outright said that he does not want to watch Karan's movie when he asked him. When he took KKHH's name, his first film as a director, his son termed it as 'boring.' When Karan tried to ask him further, he simply snubbed his question. The filmmaker hilariously said that he was 'walking away like a critic!' Now, talk about taking a funny dig at ownself! Check out the video tweeted by the Dharma Productions honcho below.

Kuch Kuch Hota Hai has completed over 21 years now and yet its craze is the same amongst the loyal fans. Every 90s kid has some memory attached to the characters of these movies, which by the away are still active through memes! Probably, the younger gen (read Yash) will have a little bit of difficulty to relate with this movie. However, now that KJo has received this cute criticism from his own son, we hope they love his next film, Takht! Also, have the lead stars of KKHH watched the video yet?