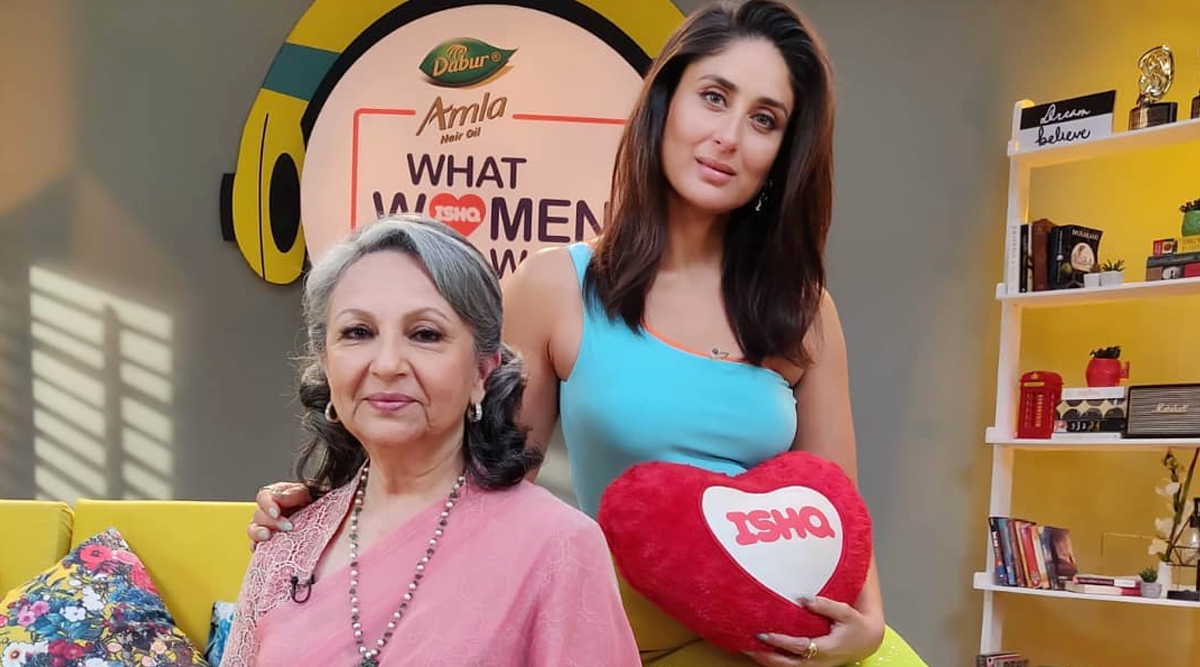 Kareena Kapoor Khan is already busy with the second season of her radio show, What Women Want. While she kickstarted the new season with her man, Saif Ali Khan, her second guest was none other than her mother-in-law, Sharmila Tagore. The duo was clicked while recording their episode at film city today afternoon and we are glad to see them together in one frame after such a long time. Bebo had earlier invited Soha Ali Khan during one of her episodes in season 1 and her family bonding continues with this next.

Kareena's radio show as the name suggests focusses on what women really want. She often discusses the problem that we face on a daily basis and what's her and her guests’ take on the same. Besides inviting her celebrity friends, the actress even invites some well-known figures from the social circle who are doing a commendable job in the field of social work. It's inspirational and thought-provoking. Kareena Kapoor Khan on Dance India Dance 7: Here's a Complete List of Designers She Picked for her Stunning Appearances on this Reality Show (View Pics).

Kareena Kapoor Khan with Sharmila Tagore on her radio show

Kareena picked a refreshing blue and lime green separates for her appearance on this episode. The bodysuit perfectly fitted and suited her body-con skirt and we loved its combination. Also, her decision to ditch all the jewellery and let her outfit do all the talking seems valid.