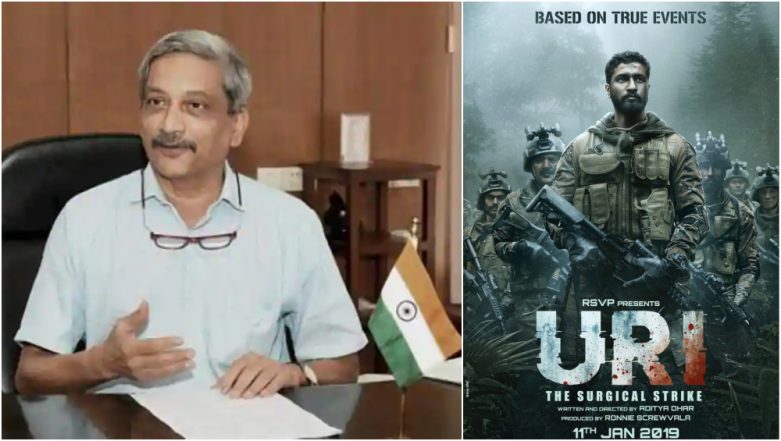 Goa CM Manohar Parrikar passed away on Sunday, Mach 17 at the age of 63 after battling with cancer for a long time. After being hospitalised yesterday, the politician breathed his last at his Goa residence. Parrikar will always be remembered for the two important positions he held an office as the Goa CM and also as the former Union Defence Minister. His contribution has been immense and we even found its reflection in the recently released film surrounding the surgical strikes carried out by India in retaliation to the Uri attacks.

The Vicky Kaushal film, Uri: The Surgical Strike ably presented the story of India's most brave mission and even managed to bring forth the efforts that went on to pull it together at the Parliament level. Representing then-Defense Minister Manohar Parrikar's role (renamed as Ravinder Agnihotri) was actor  Yogesh Soman. Apart from having a striking resemblance to the late Politician, the actor also managed to convey Parrikar's fearless spirit who held together the nation in such a crucial time. Uri The Surgical Strike: PM Narendra Modi, Manohar Parrikar, Arun Jaitley – 5 Politicians Who ‘Appear’ in Vicky Kaushal’s War Film (Spoiler Alert)

In the film, there's a scene where Rajit Kapoor's character who essayed the role of PM Narendra Modi, informs all the National Security Advisor and the Defense Minister on how they need to keep themselves occupied with other work without anyone taking notice of what the Army is up to. The film channeled in Parrikar's quality to remain calm even in a high-pressure situation and today, as we lost him we must laud his spirit. Manohar Parrikar Dies After Suffering From Pancreatic Cancer, Goa CM Breathes His Last at 63.

Here's when the Late Goa CM asked the crowd 'How's the Josh?':

The impact of the film has been undeniably massive and the words, 'How's the Josh' are proof of that. Even as Parrikar was ailing, at the inaugural event of the 5.1 km-long Mandovi bridge 'Atal Setu' in Panaji in January, the CM drew loud cheers from the crowds when he asked, "How's the Josh".

Not just Indian Political personalities even Bollywood celebrities are now mourning the loss of the former Defence Minister.