A former newspaper staffer Thursday accused Piyush Mishra of inappropriate behaviour during a party but the writer-director said he was probably a "few drinks down" and apologises if he made the "lady uncomfortable". 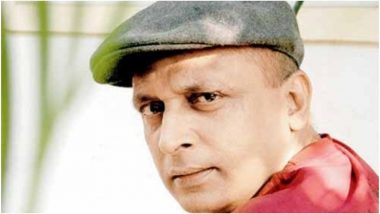 Mumbai, Oct 11: A former newspaper staffer Thursday accused Piyush Mishra of inappropriate behaviour during a party but the writer-director said he was probably a "few drinks down" and apologises if he made the "lady uncomfortable". Ketki Joshi said in a Facebook post that she met Mishra as a fan at a party where he was the main guest in 2014. He "started light flirting in front of the 20-25 people" and kept drinking throughout the party, getting progressively inebriated. #MeToo in Bollywood: Former Bigg Boss Contestant Accuses Salman Khan, Shatrughan Sinha and Their Families of Raping Her.

When she passed by him when the party ended, "he grabbed my hand and started rubbing his hands against mine", she said, adding to the spate of accusations against a host of celebrities and others as the #MeToo movement gathered force for another day. The host came to her rescue but it happened a second time when she went to the terrace to fetch something, Joshi said.

"He suddenly stood up and took a step towards me. I sensed he was coming to hug me or grope me. I told in an authoritative raised voice, 'Aap please baith jaaiye'. The others listened to it and quickly came there and took me away," she said. Had it not been for the hosts and friends, "Mishra certainly would have groped me or might have sexually assaulted me", she said.

Mishra said in his response that he had read the allegations made about him and forwarded to him by a few journalists. "I do not remember the stated incident as I was probably a few drinks down. But nevertheless I would like to extend my apology for making the lady uncomfortable either with my words or actions," Mishra told PTI.