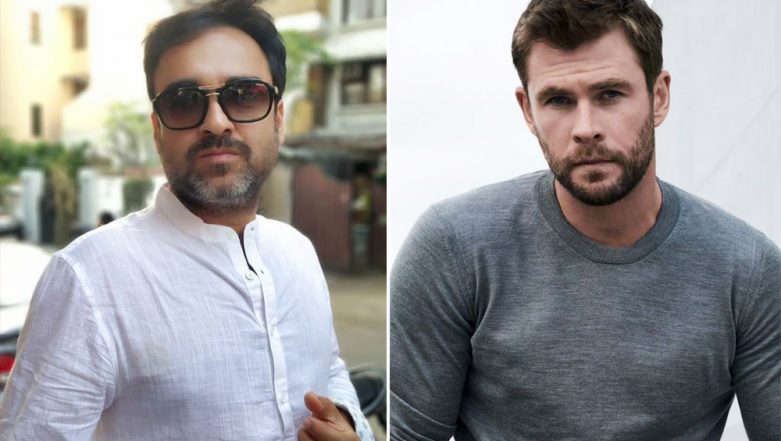 Mirzapur star Pankaj Tripathi is every piece of brilliant performance and versatile roles. Gifted with the 'Midas Touch' of turning his every project into a masterpiece, Pankaj will soon mark his talented presence on the Hollywood ground. After bagging the role in Kabir Khan’s next big upcoming biographical drama ’83, the Stree actor has also been signed for his first international role. For the project, Pankaj will be sharing the screen space with Thor actor Chris Hemsworth. Entertaining masses from all quarters of the country for more than a decade, the Newton actor has managed to win all hearts. Pankaj Tripathi Replaces Nawazuddin Siddiqui as Ranveer Singh's Coach in Kabir Khan's '83

Pankaj Tripathi has given some phenomenal hits of late, including Stree, Bareilly Ki Barfi, Gurgaon and Newton, among others. Along with the mainstream Bollywood movies, the actor was also critically lauded for his performance in Amazon Prime Original’s web series Mirzapur.

According to media reports, Pankaj will soon begin the shoots of his upcoming Hollywood project with Chris Hemsworth. The Avengers star was in India last year for the shoot of his upcoming thriller flick Dhaka. Directed by the debutante Sam Hargrave, Dhaka also stars Randeep Hooda, Manoj Bajpayee, David Harbour, Golshifteh Farahani among other actors and was majorly filmed in Mumbai and Ahmedabad.

If the sources are to be true, the Gurgaon actor would be reaching Bangkok, Thailand in order to shoot the next schedule of the film. Deepika Padukone Prepares This Traditional South Indian Meal For Ranveer Singh and The Actor Can't Stop Gushing About it!

On the work front, the actor will be next seen in Laxman Utekar’s Luka Chuppi. The rom-com stars Karthik Aaryan, Kriti Sanon and Aparshakti Khurrana in pivotal roles. The movie is scheduled to hit the theatres on March 1, 2019.