Deepika Padukone Prepares This Traditional South Indian Meal For Ranveer Singh and The Actor Can't Stop Gushing About it! 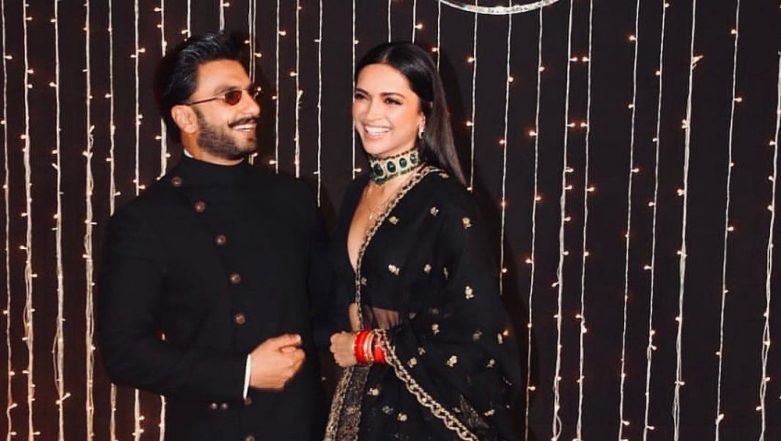 Deepika Padukone-Ranveer Singh recently had one of the costliest weddings of the year at Lake Como. Their pictures from the wedding and post that are doing the rounds on the internet. In fact, the two have been on a spree of giving mushy interviews about their marriage and new married life. Adding to this current norm, Ranveer again shared a romantic detail about her. It was about the meal that she prepares for him. Ranveer Singh Misses Wife Deepika Padukone While Promoting Gully Boy on Sets, Sends Kisses via Video Chat.

Speaking on a radio show, the Gully Boy actor revealed that DP prepares rasam-rice for him. He also added that's the reason, his life is made now! Deepika carries her South Indian roots to the Bhavnani family and treats them with the local delicacies, so what would be more endearing than this for Ranveer?

Ranveer also recently penned down an 'introduction note' for her official website which is deepikapadukone.com. The actress had started this website of her own on her birthday (January 5), this year as a treat to her fans.

An excerpt from that note reads, " In her dealings, she is straight-shooting, sharp and fair – an absolute and thorough professional. She’s got inner strength, resilience, grit and an iron-will. Her discipline and commitment is unparalleled. Her path-breaking achievements have changed the game time and again." Deepika Padukone and Ranveer Singh Go Out on a Dinner Date Because the World Needed More Pictures of Them Together.

Professionally, Ranveer and Deepika have worked in three films namely, Goliyon Ki Rasleela-Ram Leela, Bajirao Mastani and Padmaavat. All of them were instant hits. Now, with so much of mush talk happening constantly by their end, we would rather like an easy-breezy romcom starring them, sans tragedy. The fans will be more than happy to see them sizzle on the screen now, more than their off-screen quotes on each other!