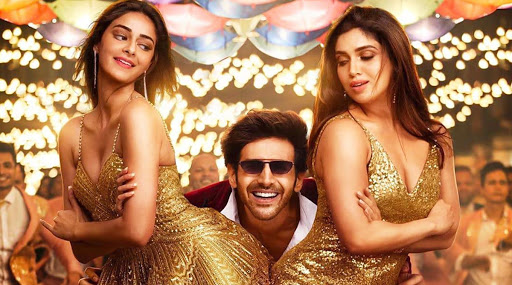 Kartik Aaryan, Bhumi Pednekar and Ananya Panday starrer Pati Patni Aur Woh is rock steady at the box office. After a really good first weekend collection, the film managed to earn pretty well on the first Monday as well and now, Tuesday numbers are here. From what we see, the film is managing to interest the audience even during the weekdays. As of now, the film has earned Rs 46.99 crore which is a really good amount. Pati Patni Aur Woh Becomes Director Mudassar Aziz’s Highest Grossing Film Ever!

The film gave Kartik Aaryan a lot of records already. It became his highest first-day opener. It is also his highest opening weekend as well. Director Mudassar Aziz's biggest hit is now Pati Patni Aur Woh. As for the girls, PPAW will still take time to count. Ananya's first film Student Of The Year 2 still stays intact as her highest in all regards while Bhumi Pednekar has Toilet Ek Prem Katha and also Bala to boot.

Pati Patni Aur Woh will wrap up its first week with the collection of little over Rs 50 crore. That's a good thing because it means December has begun well despite a disappointment like Panipat.