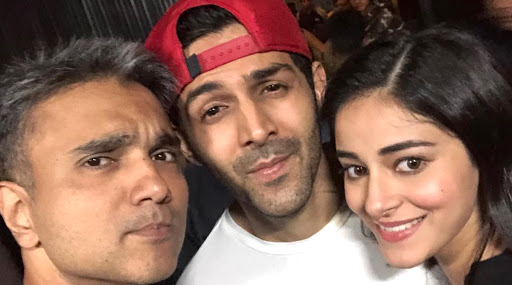 Mudassar Aziz is a name that till recently, reminded you more of Dulha Mil Gaya where Shah Rukh Khan played a lovable cameo rather than his many runaway bride tales in the Happy series. But not anymore. Now he will be more known for his direction in Pati Patni Aur Woh as it becomes his highest-grossing film ever! Yes, with Rs 35.94 crore in its kitty in the first three days, PPAW has managed to leave all his previous films behind. Pati Patni Aur Woh: Director Mudassar Aziz Speaks Up on the Marital Rape Context, Gives Aamir Khan’s 3 Idiots Reference

To be honest, Dulha Mil Gaya was never in contention because the film had only earned little over Rs 4 crore in its entire run. Although it makes for a fun watch on TV whenever it airs, it didn't get love from the audience at the theatres. Happy Bhag Jaayegi brought in many laurels to the director and managed to be the surprise success of that year with Rs 28.82 crore. However, the sequel Happy Phirr Bhag Jayegi fell short and wound up with just Rs 20.18 crore.

PPAW did create controversy with Kartik's monologue which had balatkari in it. The word had to be muted and that riled up Aziz a lot. He took offense to it because 3 Idiots not only got away with it but the scene made everyone laugh. He has a point there but if you ask us, Happy Bhag Jaayegi is one of Aziz's best till date.