Rooh-Afza is still in the scripting stage and will go on floors with Rajkummar Rao and Varun Sharma later this year. 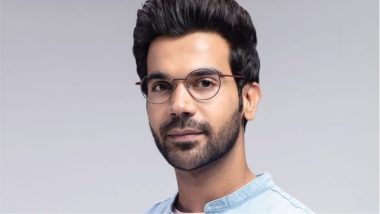 Rajkummar Rao and Dinesh Vijan brought us the fresh execution in the horror comedy genre, with the 2018 film, Stree. The movie was a sleeper hit and fans are demanding a sequel to it. Which also is in works, as per reports. But before that, the actor-producer duo is reuniting for yet another horror comedy. The announcement of the film was made in December 2018, sans the title of the film. Maybe the makers were working on the title, or maybe they just chose not to reveal it. Whatever the initial reason may be, the good news is that the cat is out of the bag now.

The title of this upcoming horror comedy has been revealed and it is quite quirky. As per a report by Mumbai Mirror, the upcoming film will be called is Rooh-Afza. You might be reminded of a beverage with that one. Speaking to the daily, the producer, Dinesh, said, "Even though the film is named after a refreshing summer drink, there is nothing sweet about Rooh-Afza."

Other details of the movie include that Varun Sharma will also feature alongside Rajkummar, that leading lady has not been finalised that the movie will be shot in Moradabad in Uttar Pradesh and that it is still in scripting stage. Rooh-Afza will go on floors near the end of this year. Before Takht, Vicky Kaushal and Bhumi Pednekar to Star in Karan Johar’s Horror Film.

The movie is on similar lines as Stree, where a ghost would be haunting men of a small town, as per reports. Newlywed men would be the target of this ghost. Imagine if this one turns out to be a super-secret sequel to Stree. Or if it starts a horror comedy universe with Stree and Rooh-Afza existing in it. We are eagerly looking forward.

(The above story first appeared on LatestLY on Feb 27, 2019 12:36 PM IST. For more news and updates on politics, world, sports, entertainment and lifestyle, log on to our website latestly.com).