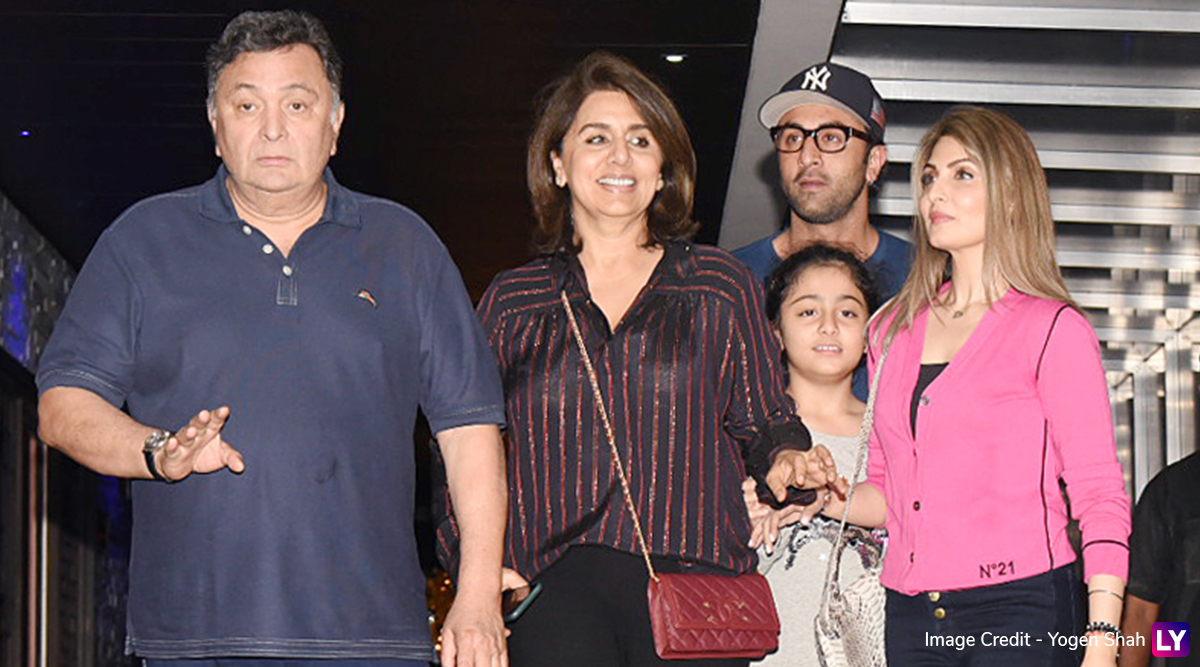 It is not that often that we get to see the Kapoor khandaan together for dinner or any other outing. But last evening, Ranbir Kapoor and his lovely family were spotted by the shutterbugs outside a plush restaurant in Mumbai. Yes, RK was spotted along with his parents Rishi Kapoor and Neetu, sister Riddhima Kapoor Sahani and niece Samara. The family happily posed for the photographers who were waiting to capture their pictures together. Alia Bhatt Poses for a Perfect Family Picture With Ranbir, Rishi and Neetu Kapoor in New York and Fans Ask 'When is the Wedding?'

Ranbir Kapoor and his dad, veteran actor Rishi Kapoor twinned in blue. The two looked all cool in their casual outfits. Neetu Kapoor looked stunning in black pants that she teamed with a full sleeved striped top. Riddhima Kapoor Sahani and her daughter Samara were also seen in casual avatars. The family were spotted outside the restaurant Hakkasan in Bandra, Mumbai. If you haven’t seen their pictures yet, take a look at them now!

RK With His Family 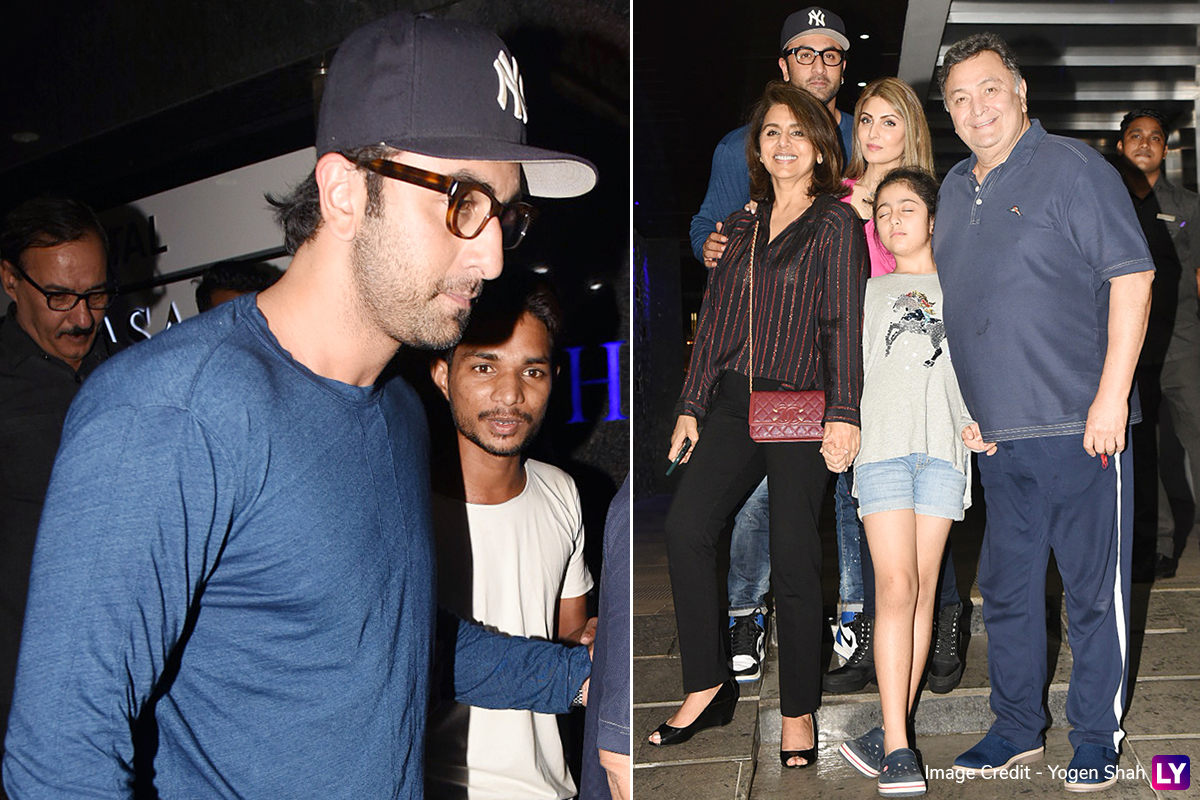 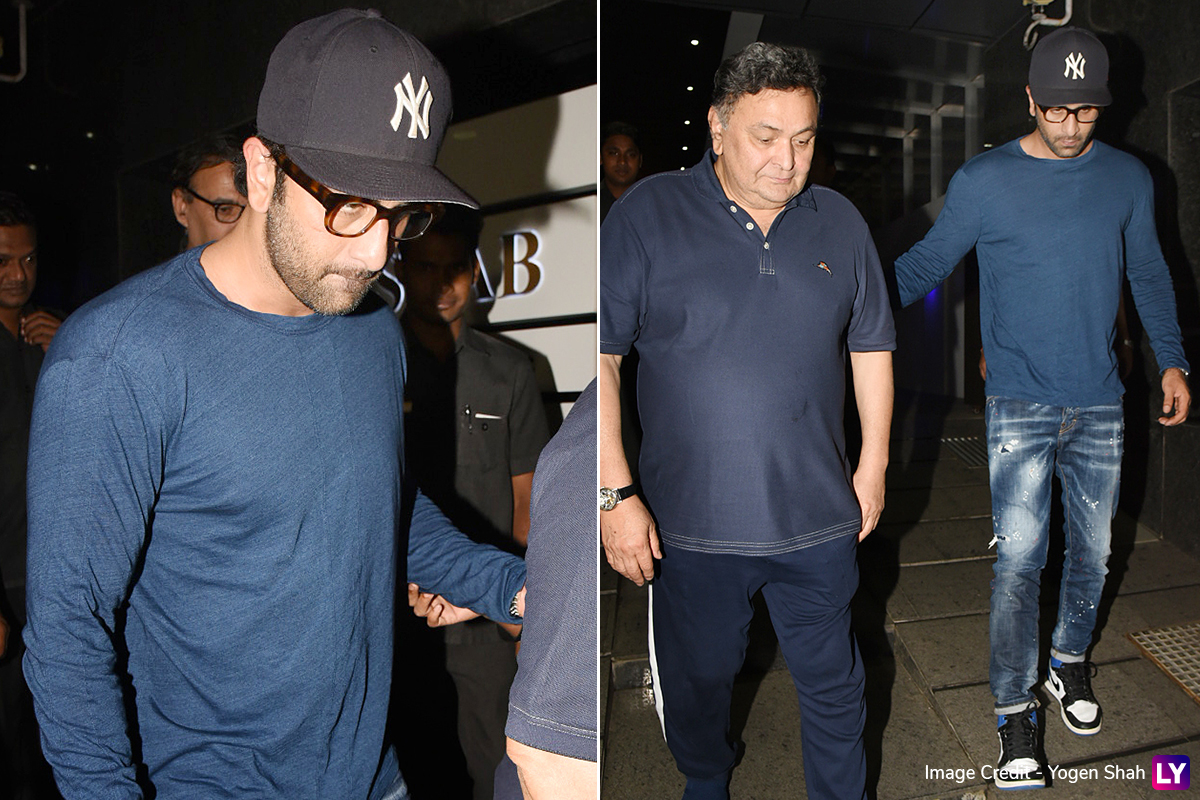 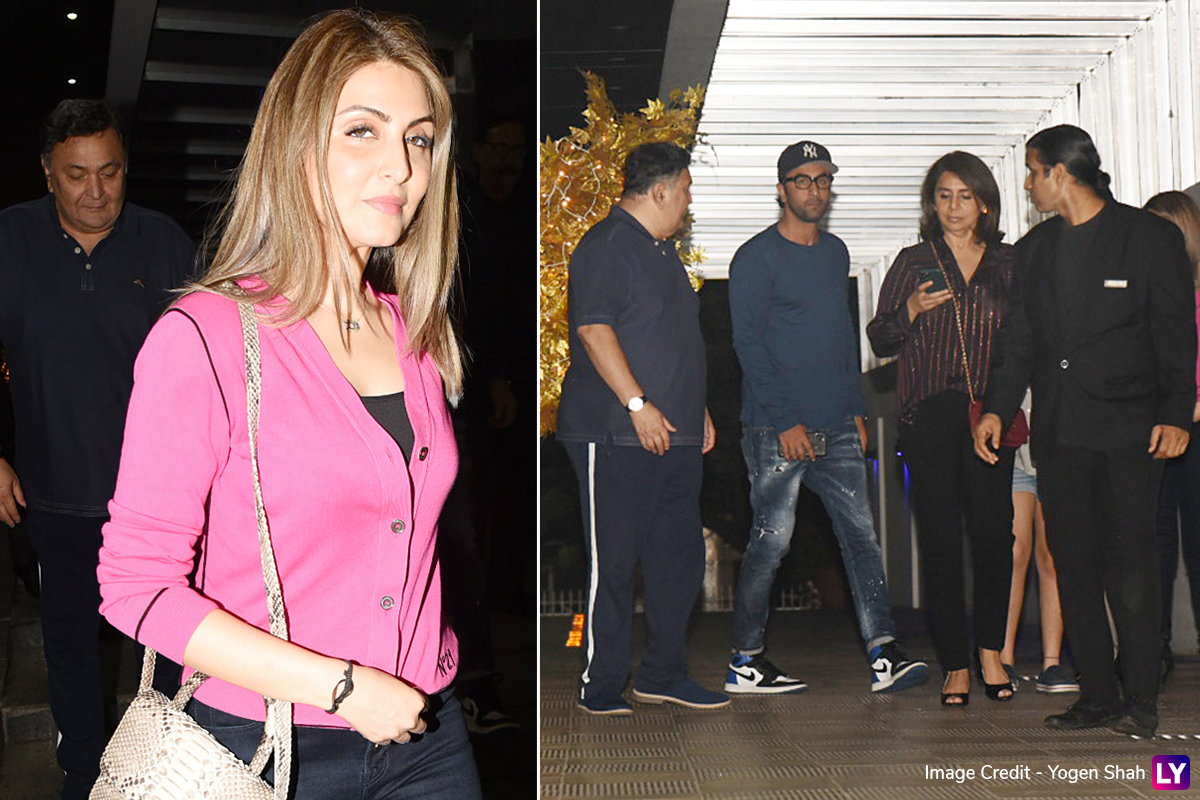 Talking about Ranbir Kapoor’s upcoming project, he will next be seen in Brahmastra. The film is directed by Ayan Mukerji and it will also feature RK’s ladylove Alia Bhatt and veteran actor Amitabh Bachchan in the lead. The film was supposed to release in Christmas 2019, however it has been pushed to summer 2020. The exact release date of Brahmastra is yet to be announced. The other film that RK has is Shamshera, directed by Karan Malhotra. The action-adventure flick also features Sanjay Dutt and Vaani Kapoor in the lead.