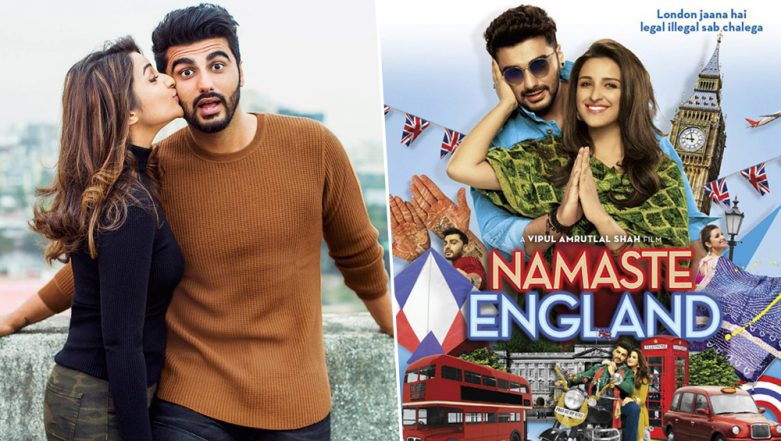 In an interesting coincidence, the Ishaqzaade pair of Arjun Kapoor and Parineeti Chopra was going to be seen in two movies this year - Dibakar Banerjee's Sandeep Aur Pinky Faraar and Vipul Amrutlal Shah's Namaste England. While Sandeep Aur Pink Faraar, which is bankrolled by YRF, was supposed to come out August 3, Namaste England was arriving during Dussehra.

In a statement to the media, Rohan Malhotra, VP - Distribution at YRF confirmed the news as he said, “Sandeep Aur Pinky Faraar will now release on March 1, 2019. Arjun and Parineeti have Namaste England releasing on Dussehra this year and the makers had announced this date a while back. It would have been unfair for us to request them to shift their film. Also, we wanted to have a gap between these two films as it features the same star cast and given the extremely busy release calendar of this year, we feel March 1 is the best date for our movie to open.”

Director Dibakar adds to this, "I feel this is my first film all over again, at least in terms of the excitement with the material. Sandeep and Pinky bring to screen the two Indias that are forever clashing. I want the audience not to lose a second of that. We finished the shoot one month late because of the intense weather conditions on the Indo-Nepal border. I don't want Sandeep and Pinky to be shortchanged on edit time. YRF agreed with my request and so we are pressing on together to the new date. 2019 is when India chooses its future. I'm looking forward to release in that year and choose mine."

Sandeep Aur Pinky Faraar has Arjun Kapoor play a Haryanvi cop, while Parineeti Chopra is an ambitious corporate girl in the movie.