Super 30 Posters Have Left Twitterati Spellbound! Should Kangana Ranaut be Worried About Manikarnika: The Queen of Jhansi?

Hrithik Roshan's Super 30 will be clashing with none other than Kangana Ranaut’s Manikarnika: The Queen of Jhansi. 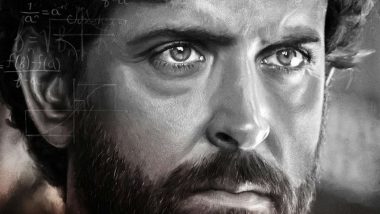 Vikas Bahl and Hrithik Roshan must have put a lot of thought behind the perfect gift for their fans on Teacher’s Day 2018. No wonder, they have given their fans the ultimate treat on the day. In Super 30, Hrithik will be playing the role of a maths teacher, a role inspired by the life of Mathematician Anand Kumar. After releasing the posters and the tagline of the film, the fans are totally in love with his ‘math whiz’ avatar.

The posters show him in a ‘common man’ image and this has appealed the Twitterati to the core. His bearded look determined eyes and the way he is seen mingling with the kids have won the hearts of all out there on the social media. The tagline, ‘Ab Raja Ka Beta Raja Nahin Banega, Ab Raja Wahi banega Jo Haqdaar Hoga.’ Educational rights and the quest for honouring the students with merit is his motive in this movie.

Check out how his fans responded to the newly released posters!

You Are The Pioneer! Just Blown Away By Posters Of #Super30! BRILLIANT Is Also A Understatement For What You Have Put Into It...

30 students and the great teacher coming to steel the heart of millions.waiting for super 30 . immaculate poster and dialogue

This #Super30Poster is d best among all ..so damn amazing and impactful 👌

Who would have thought..bollywood 's greek god would transform into a Bihari professor so convincingly 👏 Kudos n gud luck ..eagerly looking forward to this ✌

Something completely different than what I expected. #Super30 is not all about Maths I guess. Wonder how the story going to be like 😃😃😃😃❤❤❤❤❤🔥🔥🔥🔥

Mighty impressed with this phenomenal poster for #Super30 intense, maintains suspense and those eyes do all the talking. Spellbound!

Meanwhile, a lot has been discussed on social media about the biggest clash of the millennium. Super 30 will be clashing with none other than Kangana Ranaut’s Manikarnika: The Queen of Jhansi. Now was it a deliberate decision or did the fate bring them face-to-face again, has to be estimated by you. But the competition has just doubled with the fact that Kangana and Hrithik are competing against each other, especially after their ugly public spat. Coming back to the posters, tell what is your opinion in the comments section below.

(The above story first appeared on LatestLY on Sep 05, 2018 09:54 AM IST. For more news and updates on politics, world, sports, entertainment and lifestyle, log on to our website latestly.com).