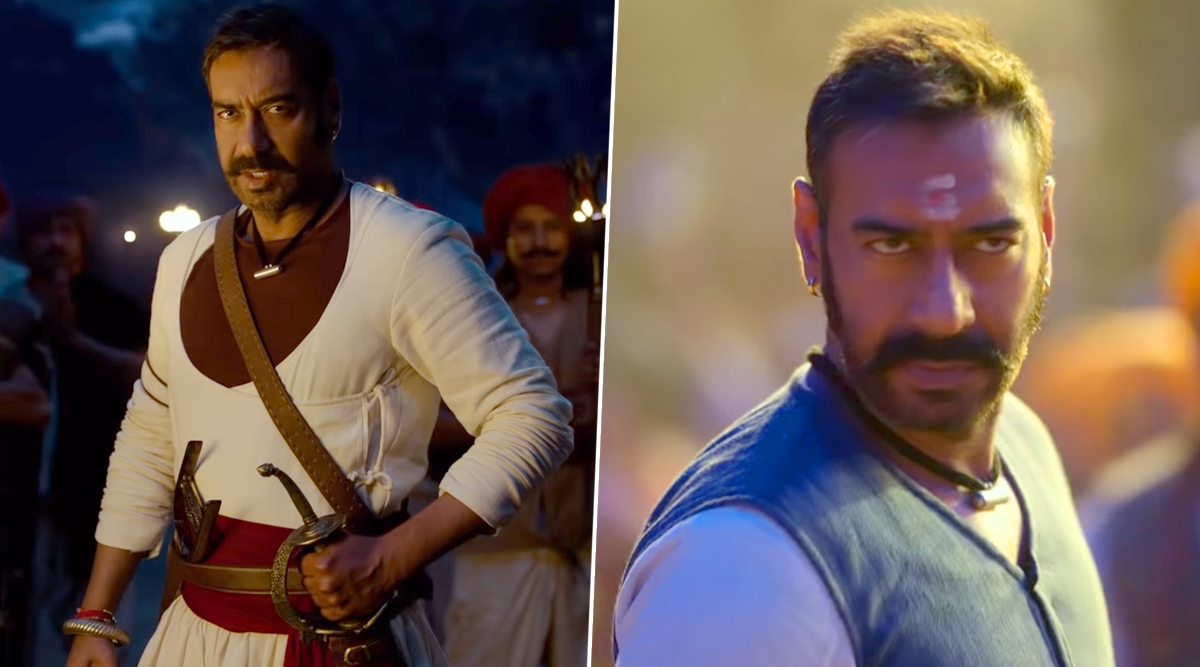 Tanhaji: The Unsung Warrior turned out to be a huge success at the box office. The Ajay Devgn starrer has been storming the box office with big numbers and made a massive collection on its second Sunday. The film went past its opening day collections on both ninth and tenth day. It has now crossed the 150 crore mark at the India box office. Looks like the period drama took full advantage of the fact that there was no big Bollywood release this weekend. Audiences seem to have loved the film's action and the film's lead cast, Ajay Devgn, Saif Ali Khan and Kajol too have been lauded for their performances. On its tenth day, Tanhaji collected Rs 22.12 crores which was a massive jump from Saturday's Rs 16.36 crores. Tanhaji: The Unsung Warrior Box Office Collections Day 9: Ajay Devgn Starrer Collects More Than Its Opening Day, Earns Rs 145.33 Crores.

The film now stands with a total collection of Rs 167.45 crores at the India box office. With this collection, the period drama has become Saif Ali Khan's highest grosser. As for Ajay Devgn, the film is his second-highest grosser after Golmaal Again. The film is performing exceptionally well in the Maharashtra circuits owing to the film's plot being a crucial one for the state's history. Tanhaji Malusare has been a celebrated Maratha warrior, stories of whose valour have been a part of history textbooks. While Ajay Devgn plays the role of the warrior, Saif was seen in the role of the lead antagonist, Udaybhan.

Directed by Om Raut, Tanhaji: The Unsung Warrior clashed with Meghna Gulzar's Chhapaak starring Deepika Padukone in lead. Although after her recent visit to JNU which was considered as her political stand by many, the film received a lot of negative buzz and performed poorly at the box office.