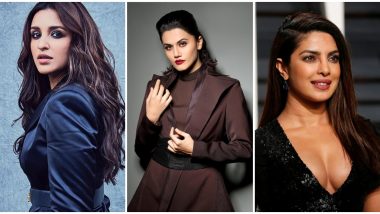 A recent incident of Police Brutality in India came to light and shocked the hell out of the people in the country. Two mobile shop owners in Tuticorin, Tamil Nadu were taken into custody and brutalised to not end, by the Sathankulam police, for having kept the shutters of their shop open for a few more minutes than the permitted time during the lockdown. Jeyaraj, 59, and son Bennix, 31, were taken into custody, thrashed to an end where the father-son duo had to be admitted to a hospital and died, eventually. #JusticeforJayarajAndFenix: Tuticorin Custodial Death Sparks Anger in Tamil Nadu, Netizens Demand Justice For Slain Father-Son Duo.

Not just common folk, but actors from all over the country expressed shock and grief over the police brutality meted out here. A number of south industry actors took to social media to slam the accused and to demand justice for the victims. B-Town celebs too took to social media to express shock, disgust and condemn the inhuman act. Tuticorin Custodial Deaths: Rakul Preet Singh, Samantha Akkineni, Malavika Mohanan and Others Express Shock and Grief Over the Incident (View Tweets).

Check Out Their Posts Below:

We go to the police when we are in danger. How can they BE the danger? Every single cop involved in their death needs to pay for this. I cannot imagine the pain the father and son went through. #JusticeForJeyarajAndFenix

This might just be one case out of many but it takes only one case to begin the snowball effect. #JusticeforJayarajAndFenix

It could’ve been anyone we know. Details are scary and gut wrenching.

I am rattled to my core. The details of the police brutality case from #Tuticorin are enough to numb your soul. Those involved need to be immediately and strictly punished, and the punishment should be an example and a deterrent #JusticeForJeyarajAndFenix

This incident, shocked the entire nation and Tamil Nadu residents spilled onto the streets, protesting for strict action to be taken against the police officers who assaulted Jeyaraj and his son. Relatives of the late father-son duo calimed that the police brutality was such that lathis were inserted into their anus and both the father and son were bleeding profusely. After George Floyd, Another Black Man Killed by Law Enforcement Officers in Atlanta, Protest Breaks Out Against Police Brutality.

This incident comes barely a few weeks after the death of George Floyd. A black man, George resisted arrest and in return, two Minnesota police officers restrained him. While one cuffed his hands to his back, another placed his knee on George's neck while he was laying on the ground. He died of suffocation and the incident gave rise to Black Lives Matter protests not just in the US but all over the world.

(The above story first appeared on LatestLY on Jun 27, 2020 12:23 PM IST. For more news and updates on politics, world, sports, entertainment and lifestyle, log on to our website latestly.com).