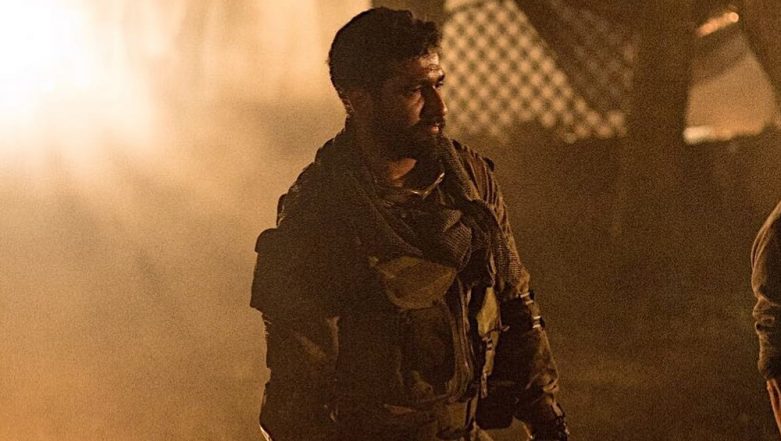 Vicky Kaushal's Uri: The Surgical Strike has completed a month in the theatres but the film is still getting cash registers ringing. After entering the Rs 200 crore club in just 28 days, the Aditya Dhar directorial venture is now eyeing to surpass the Rs 225 crore mark at the Indian box office. Co-starring Yami Gautam, Paresh Rawal and Mohit Raina, the film released last month on January 11 and since then has done phenomenal business not just in India but abroad as well. In fact, Uri didn't open to rave reviews but still went on to become the first big blockbuster of 2019. Vicky Kaushal's Uri: The Surgical Strike Earns Rs 216.21 Cr, Beats These Shah Rukh Khan, Salman Khan and Other Superstar Movies.

Though a lot of films came after Uri arrived in theatres, none of them managed to pose any threat to Vicky starrer. Even Kangana Ranaut's ambitious project Manikarnika: The Queen of Jhansi hardly affected Uri's business at the BO. However, now that Ranveer Singh and Alia Bhatt's Gully Boy is out in cinema halls, Vicky's film could slow down at the ticket windows. Gully Boy Box Office Collection: Ranveer Singh and Alia Bhatt Starrer Takes a Bigger Opening Than Padmavaat and Simmba in Mumbai.

Having said that, Uri - The Surgical Strike has undoubtedly outperformed itself at the box office beating numerous records and even creating few. In its fifth weekend, the film raked in over Rs 10 crore and smashed the record of south blockbuster Baahubali 2: The Conclusion. And If Uri continues to do well then we might just see few more records breaking at the BO.