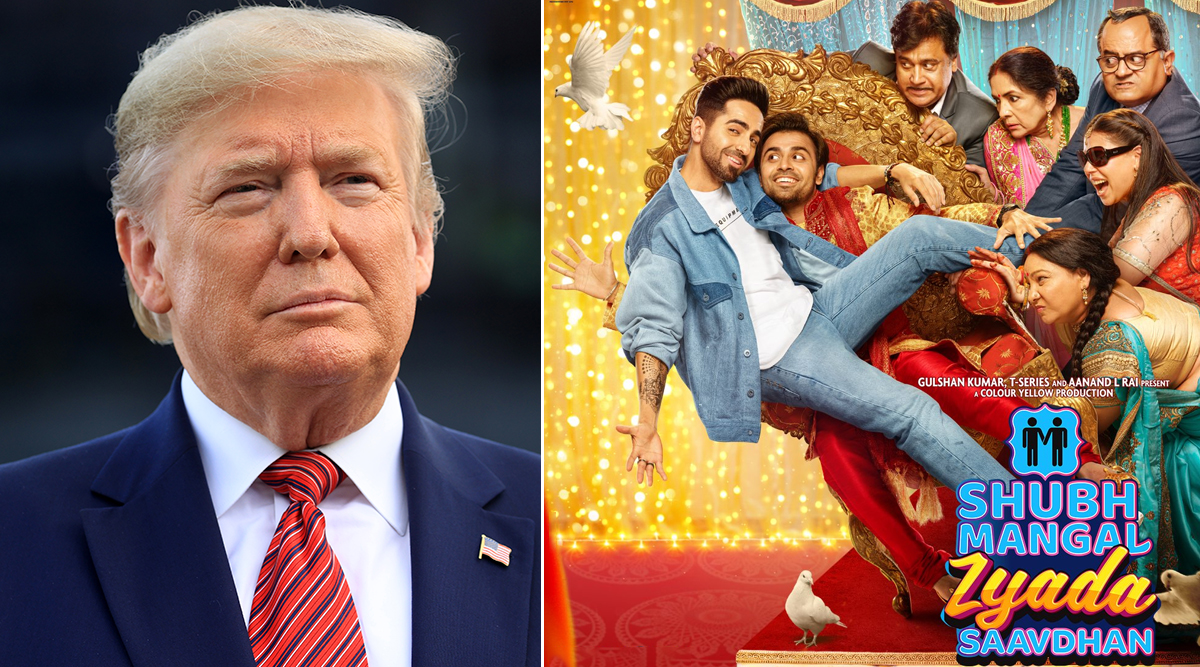 Ayushmann Khurrana and Jitendra Kumar's new release Shubh Mangal Zyada Saavdhan is currently the talk of the town. The film revolving around a same-sex relationship between the two male leads released in theatres on February 21 and is being hailed for being the first commercial Bollywood film to speak about homophobia and same-sex relationships with a mainstream cast. While Twitterati has been busy singing praises for it, the film has now received a thumbs-up from a huge personality and it is none other than US President Donald Trump. Yes! You read it right. The US President replying to a tweet that spoke about the Indian film responded saying "Great". Shubh Mangal Zyada Saavdhan Movie Review: Ayushmann Khurrana, Jitendra Kumar Are Spot On in a Film That Struggles to Come Out to the Viewer.

The original tweet lauded the Bollywood film featuring a gay romance hoping to win over older people and with Trump's reply to it being "Great", it looks like the US President is mighty impressed by the Ayushmann Khurrana starrer too. We bet the team of Shubh Mangal Zyada Saavdhan is going to be thrilled with the news. Not to forget, the President is currently gearing up for his India visit and is all set to land in Ahmedabad next week on February 24. Ayushmann Khurrana and Jitendra Kuma's Shubh Mangal Zyada Saavdhan Gets Banned in Dubai and UAE for its Gay Content?

We can only imagine the kind of traction this tweet is going to receive given that it also happens to be one of the rare occasions when the US President has shown his support for the LGBTQ community. As for India, the release of Shubh Mangal Zyada Saavdhan itself is currently being hailed as an iconic moment and with the US President giving it a positive signal, looks like the film will manage to reach the international audiences even sooner than expected.