So, as the internet cheered for its collective win in arm-twisting a studio into relating director's cut of Justice League, a new online campaign has begun. RELEASE THE AYER CUT. 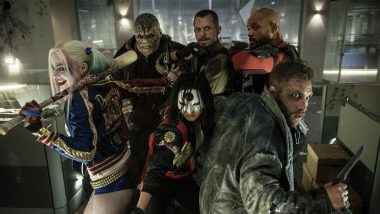 David Ayer's Suicide Squad, though not loved by the critics, stands at number 3 among the most-successful DCEU movies. Although, the movie just could have been better, if the director's cut was approved. The comic book fans can't stop talking about the latest news to break the internet. The mysterious Snyder Cut of Justice League will finally see the light of the day in 2021. Director Zack Snyder had stepped down from directorial duties on Justice League after a personal tragedy. The hiring of a new director brought some significant changes to the film. But for years, tales were popular that there exits a Snyder Cut of the film which was true to what the movie intended to be. And, it was finally announced by Zack that his Snyder Cut would debut on HBO Max in 2021.

Congratulating Zack, director David Ayer sent out a tweet. "Congratulations you deserve this," he wrote. But just after 9 minutes, he made a post about Jared Leto's Joker from Suicide Squad. Most of the actor's past as the supervillain of DC were edited out and Jared has famously said that there exists enough footage of him to make a solo Joker movie. Birds of Prey Star Margot Robbie Reveals She Found the Joker-Harley Quinn Storyline in Suicide Squad Confusing.

So, as the internet cheered for its collective win in arm-twisting a studio into relating director's cut of Justice League, a new online campaign has begun. RELEASE THE AYER CUT.

Fans are now campaigning for the studio to release the originally intended version of David Ayer's Suicide Squad with a lot more Joker. The director also revealed that the original version was different. "Diablo survived originally. Harley and Deadshot hooked up as a couple. This was changed during reshoots," he tweeted. Harley Quinn's story was also changed due to political reason. " It was her movie in so many ways," the director has said in an interview. Suicide Squad Director Reveals the 'Innocence' Behind the Famous Joker Scene With Knives and Baby Clothes.

That is not all. The events of Suicide Squad were supposed to tie in directly with Justice League.

A standalone sequel of the film, titled, The Suicide Squad, is currently in production. James Gunn has written and directed the film.

(The above story first appeared on LatestLY on May 21, 2020 11:33 AM IST. For more news and updates on politics, world, sports, entertainment and lifestyle, log on to our website latestly.com).