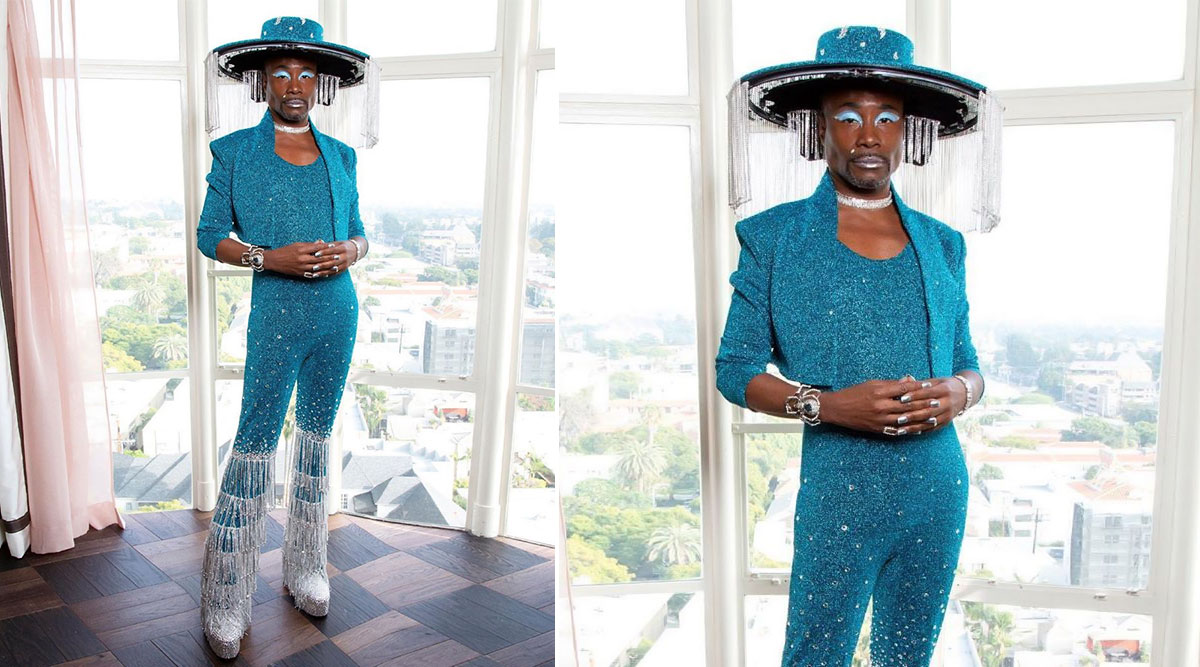 The 62nd annual Grammy Awards was a great show with so many things happening under the same roof. The fans got to see fashion statements, tribute to Kobe Bryant, performances, new music releases and comebacks. But one thing that has amused everyone and appreciated by the netizens is Billy Porter's stylish appearance here! And more particularly, his shimmery trendy hat! Grammys 2020 Best Dressed: Ariana Grande, Billy Porter, Chrissy Teigen, Shawn Mendes Lead the Pack of Stunning Styles!.

The American Broadway theater performer wore a stunning blue jumpsuit by Baja East paired with cropped jacket will shimmer all over it. However, his Sarah Sokol hat was made the most noise! This hat had a fascinating motorized crystal curtains that were motorized by a Brooklyn based technology. A GIF of the same where the curtains on the hat open dramatically soon went viral. Obviously, as expected, the netizens got super creative with it and turned it into memes. Here are some of those memes that have kept the internet abuzz.

When I’m out with my friends and my social battery dies pic.twitter.com/qtK69OGael

Me getting ready to reply, “per my last email” pic.twitter.com/ug5QhXwQqd

Did Anyone Say Happy Hours?

Me: I can’t go out, I’m trying to save money this week

Me: I hate drama

Also me when there’s drama: pic.twitter.com/sCyKFgnzZK

Me coming out of my shell after sensing the energy is right. pic.twitter.com/RRgvhJVNNC

In an interview with Vanity Fair, he said about the hat saying, "This design is a great compromise. It's a reveal. The crystal curtain stays open, unless you get on my nerves and then I can shut you right out!" It's not just this hat but his blue and silver eye shadow was also loved by many. The paparazzi could not get enough of the singer and we too are totally rooting for more such red carpet statements next! Tell us your thoughts on the same in the comments section below while bring to more scoops from the award ceremonies that are lined up.