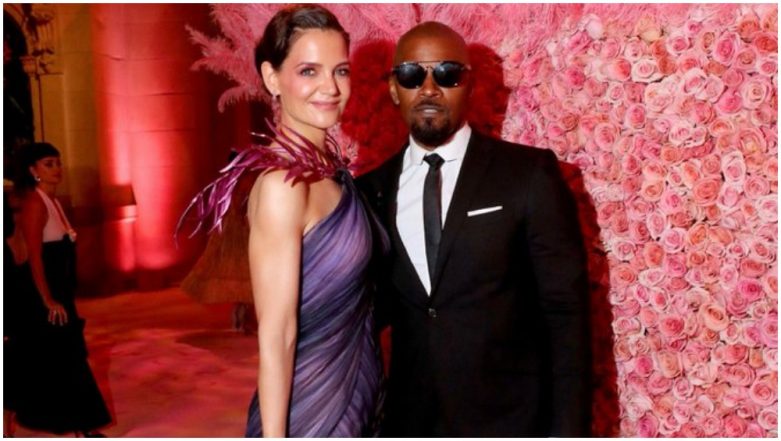 It’s splitsville for Katie Holmes and Jamie Foxx. The couple who were dating for six years has reportedly called off their relationship. The split is not recent, but happened months ago. A source was quoted saying that Katie (40) and Jamie (51) called it quits in late May, reports ET. This split between Katie and Jamie is definitely coming as a shock to many.

Before dating Jamie Foxx, Teaching Mrs. Tingle fame was married to Tom Cruise. The two started dating in April 2005, and in June 2005 they were engaged. In November 2006, Katie and Tom tied the knot; the two even have a daughter named Suri. In June 2012 Katie filed for a divorce and days later the couple’s attorneys announced that the two have signed a divorce settlement. It is after this Katie met Foxx, and the two have been linked with each other since 2013.

Katie Holmes and Jamie Foxx never made their relationship official. Not only that, the two were photographed together on multiple occasions. The couple who were private about their affair, made their first joint appearance at Clive Davis’ 2018 Pre-GRAMMY Gala in New York City. They were even seen together at the 2019 MET Gala. The report of Katie Holmes and Jamie Foxx’s split came in right after the latter was seen holding hands with singer Sela Vave in Los Angeles. Sela who is also a songwriter was spotted with Foxx over the weekend outside Bootsy Bellows nightclub.

Talking about Holmes and Foxx’s relationship a source was quoted saying as, “They have always been incredibly independent and their lives didn’t revolve around each other. They lived separately and in different cities and saw each other occasionally,” reports ET. The reps of Katie and Jamie have not confirmed anything yet. Stay tuned for further updates!