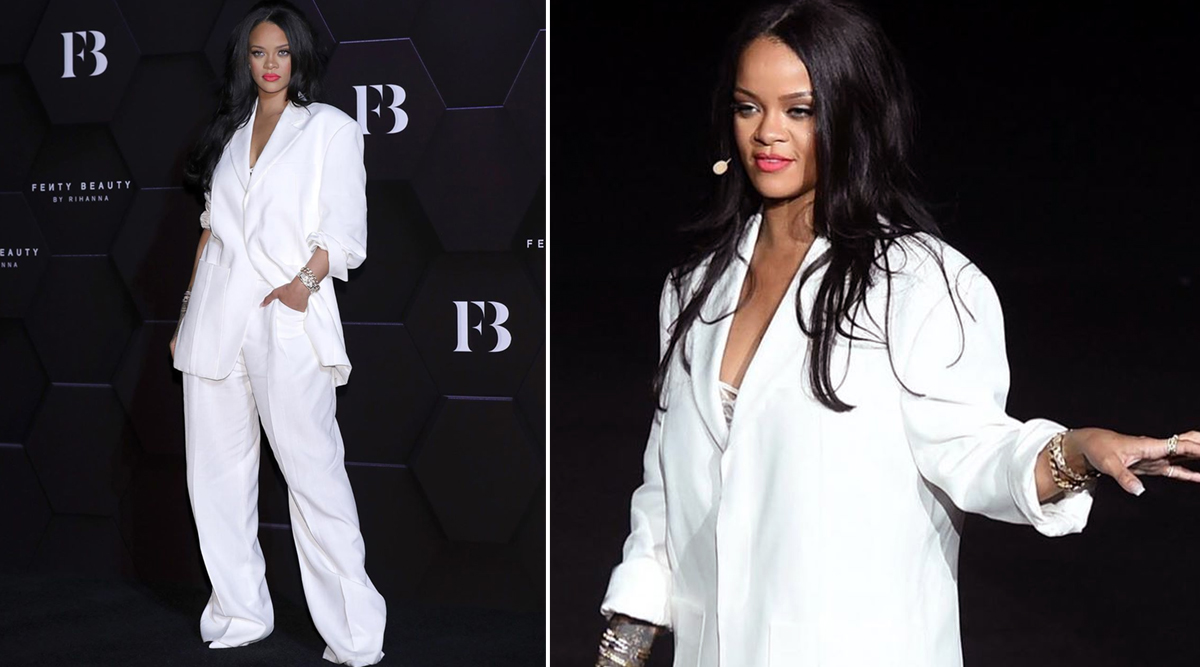 Singer Rihanna's documentary has been reportedly sold to Amazon for a whopping $25 million. Sources say Amazon paid $25 million for the untitled film's rights in a move that reflects last week's $25 million Apple TV+ deal for an Eilish documentary directed by and produced in collaboration with Eilish's label, Interscope Records. Amazon declined to comment, reports hollywoodreporter.com. From Rihanna to Melissa Benoist, 7 Hollywood Stars Who Opened Up About Surviving Domestic Violence.

The untitled documentary, which Berg began working on years ago, is dubbed an unfiltered look into Rihanna's life, providing a glimpse into the evolution of one of the world's most well-known pop artists. With unparalleled access into the singer's life and more than 1,200 hours of footage, the documentary offers private insights into Rihanna's personality, sense of humour, work ethic, family and love. Yo or Hell No? Rihanna in an Oversized Pantsuit by Jacquemus.

Berg and Rihanna have worked together previously on Universal's Battleship. Berg previously gave details about the under-wraps project -- "That was a fun change of pace... to go travel with Rihanna around Europe, and Rihanna is surrounded by girls. We were in Nice (France). "She was going to do a concert on Bastille Day. And that truck driver who killed all those people plowed through them right in front of our hotel. So even in me trying to do something light, I had a very, very front-row seat to something that horrific."