Skull: Predator is Having an Origin Movie, and Here's All the Deets To Know About It!

In December 2019 it was revealed that Dan Trachtenberg is working on a new film titled Skull. Skull would follow a Comanche woman who goes against gender norms to become a warrior and it would take place during the American Civil War. 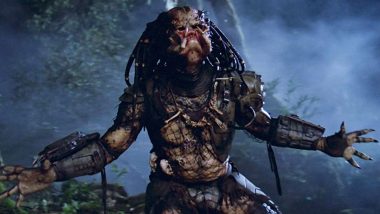 In December 2019 it was revealed that Dan Trachtenberg is working on a new film titled Skull. Skull would follow a Comanche woman who goes against gender norms to become a warrior and it would take place during the American Civil War. Just a year later then, in November 2020, it was revealed that Skull would actually be the fifth predator film in the franchise. Bridgerton Breakout Rege-Jean Page to Headline The Saint Reboot For Paramount Pictures.

According to Trachtenberg, the film has been in development since 2016 and wanted to market the project without referencing Predator. This was so that while watching the movie, it would come as a surprise to audiences that they are actually watching a Predator movie. This surely would have been amazing to witness, but unfortunately due to leaks, the plans were spoiled and the secret was out. HBO Max’s Sex And The City Reboot Adds Sarita Choudhury, Nicole Ari Parker and Karen Pittman to the Cast.

Recently in an interview with Collider while promoting Jungle Cruise, producers John Davis and John Fox dished out about what we can expect from the new Predator film. They started off by revealing that the film will be titled Skull. Which works into the original plan of the film being marketed without any references to the Predator. They then went on to reveal that Skull will take place early into the franchise’s timeline and will boast of a female hero. Taking place in a jungle, it was also claimed that Skull will have a lot more in common with the first Predator film starring Arnold Schwarzenegger.

Skull will tell the story of the first Predator who lands on Earth and will feature a battle between him and Kee, the Comanche woman played by Amber Midthunder. Filming is already about to be finished, which is a surprise considering there was never an official announcement made about the commencement of filming. The producers were even quoted saying that they have a lot of faith in Trachtenberg’s visions, and this may very well end up being the best Predator film yet.

It is great to see that with Skull, executives still have faith in the franchise after 2018's The Predator failed to live up to expectations. Hopefully with Skull the franchise will reclaim the glory it had and give this iconic monster the respect it deserves.

(The above story first appeared on LatestLY on Jul 28, 2021 08:03 PM IST. For more news and updates on politics, world, sports, entertainment and lifestyle, log on to our website latestly.com).