Taika Waititi to Read 'James and the Giant Peach' with his Celebrity Friends like Chris Hemsworth, Meryl Streep and Others to Raise Funds for COVID-19 Charity Organisation 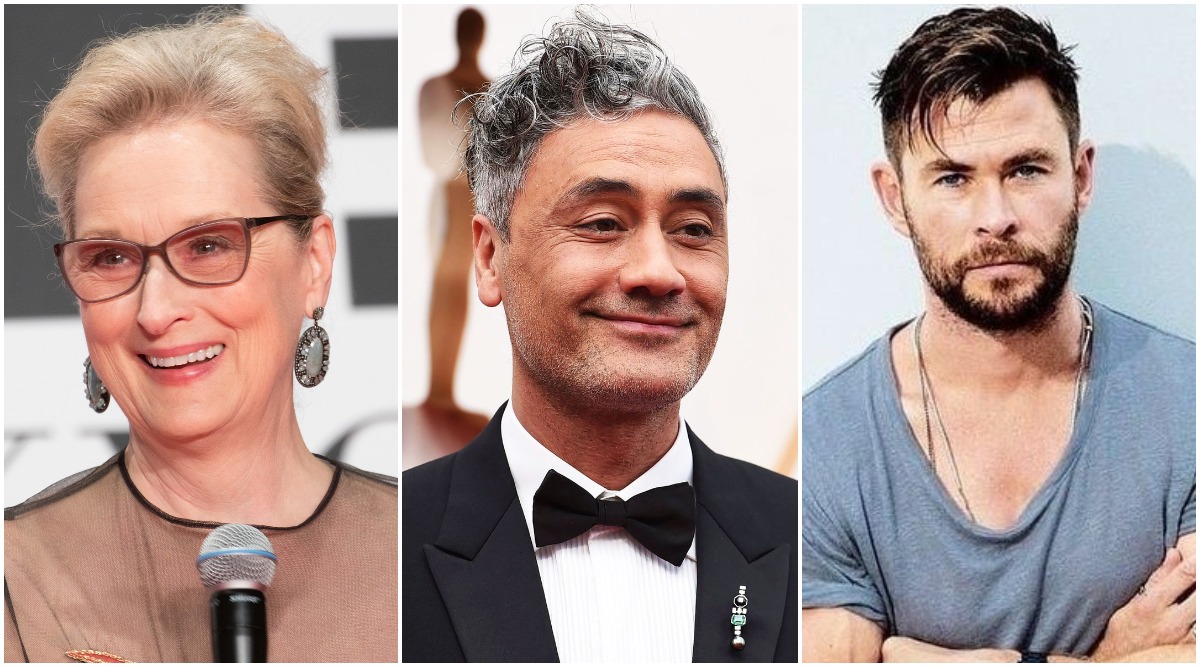 Taika Watiti to read James and the Giant Peach with his Friends (Photo Credits: Instagram)

Taika Watiti has been roped in for a virtual reading session of the book 'James and the Giant Peach' and the proceeds of which will be used to aid a COVID-19 charity organisation. But hey, the Jojo Rabbit director isn't alone in his noble and has insisted on his close industry friends to join him along. Going by a short and sweet promo that was released recently, Watiti will be joined by other Hollywood stars like Chris Hemsworth, Cate Blanchett, Meryl Streep, Benedict Cumberbatch, Lupita Nyong’o, Sarah Paulson, Mindy Kaling, Liam Hemsworth and others. Interesting, eh? Daniel Radcliffe to Lead Audio Reading of 'Harry Potter and The Sorcerer's Stone'.

In his newly released statement for the same cause, Watiti said, "Being an adult child myself and having read ‘James and the Giant Peach’ to my girls multiple times, I’m excited to be able to partner with my friends, the Dahl team and Partners In Health and retell this story to help those most in need right now. This wacky, wonderful tale is about resilience in children, triumph over adversity and dealing with a sense of isolation which couldn’t been more relevant today."

Check Out his Fun Video

We've teamed up with @taikawaititi to present James and the Giant Peach, with Taika and Friends!

Taika will be reading the whole book to raise money for @PIH - and we'll match all donations made.

The James and the Giant Peach readings will be available exclusively on the official Roald Dahl YouTube channel, with the first two instalments airing on Monday (May 18). The first episode will feature the Hemsworth brothers - Chris and Liam while the second one will have Meryl Streep and Benedict Cumberbatch. The remaining instalments will release on Monday, Wednesday and Friday at 10 a.m. PST/6 p.m. BST. Chris Hemsworth or Natalie Portman -Who's the Real Star of Thor: Love and Thunder? Director Taika Watiti Answers'.

This book reading will raise funds for Partners In Health, a global health nonprofit founded by Roald Dahl’s daughter, Ophelia Dahl, who aims to fight COVID-19 while also supporting public health systems in the most vulnerable parts of the world. The director had previously partnered with Roald Dahl Story Co when he was announced as the writer, director and executive producer of two original animated series for Netflix based on Dahl’s Charlie and the Chocolate Factory.