So far the season has been getting positive reviews. Many critics seem to be praising the more linear aspects of the story this time around as the first season was quite messy in that regard. Critics are also calling the scope to be grander as it is more action packed this time around. 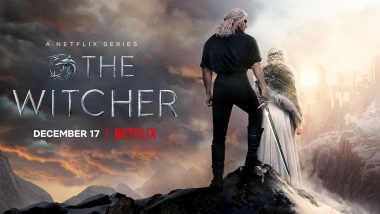 So far the season has been getting positive reviews. Many critics seem to be praising the more linear aspects of the story this time around as the first season was quite messy in that regard. Critics are also calling the scope to be grander as it is more action packed this time around. You can check out some of the reviews down below. The Witcher Season 2: 5 Hints About the Plot We Got From the New Promo of Henry Cavill’s Netflix Series.

The Verge: Season 2 attempts to up the fantasy stakes by focusing on some of the bigger, more existential questions about The Witcher universe, from the origins of monsters to why a young princess’s screams create earthquakes. The result is a show that has a more ambitious, epic feel.

Tech Radar: The Witcher season 2 is bigger, bolder and better than the first entry in Netflix's live-action adaptation. With the stakes raised following its season 1 finale, the show's creative team needed to up their game and deliver a more ambitious, action-packed and emotionally resonant second season – and they've done so with aplomb. The Witcher's second season isn't perfect but, by largely avoiding the pitfalls that season 1 fell into, it's a far superior entry to what has come before.

GamesRadar: The second season has, thankfully, learned from the first’s biggest mistakes. It’s a punchy, often thrilling slice of high fantasy anchored by a star-making turn from Ciri actor Freya Allan, and occasionally let down by choosing to tell certain stories at the expense of others – often meaning Geralt doesn’t always take centre stage.

ComicBook: It's been a long journey to The Witcher season 2, but the much anticipated season is finally here, and it is without a doubt more than worth the wait. It improves upon the foundation set by the first season in almost every conceivable way, moving away from less effective elements and leaning into others that enrich the experience ten-fold. The cast feels settled in their roles but thankfully expands upon their characters throughout the season, especially in the case of Geralt, Ciri, and Triss.

Radio Times: Overall, yes, The Witcher season two has a few missteps along the way with some questionable decisions and meandering storylines. But if you’re looking for more horrific monsters, riveting fights, and magical mysteries, then there’s plenty to love.

Collider: Season 2 is finally settling into its stride and has an even better sense of what works while discarding more of what didn't — although there are still the occasional unannounced time-jumps forward, or surprise character introductions, that demand attentiveness rather than any distracted background viewing. But the biggest strength for this fantasy show follow-up, and the one that kept me returning for all six episodes given out, is the found family it offers in Geralt and Ciri.

(The above story first appeared on LatestLY on Dec 10, 2021 03:56 PM IST. For more news and updates on politics, world, sports, entertainment and lifestyle, log on to our website latestly.com).