Star Plus' Kulfi Kumarr Bajewala is one of the highest rated shows in current times. 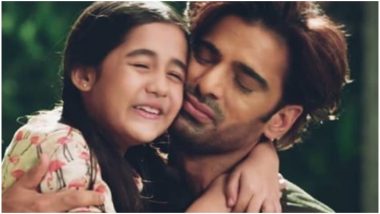 Actor Mohit Malik, who is currently seen as Sikandar Singh Gill in the StarPlus show, Kulfi Kumar Bajewala, was rumoured to be bidding farewell to the show, however, the buzz on social media has been put to rest by the show's producer. Well, what led to the rumours was the show's current plot. The latest episode saw a mentally tortured and emotionally exhausted Sikander Gill running on the treadmill at a very high speed, who later falls off the treadmill due to heart attack. Assuming that the character of Mohit aka Sikander might be shown dead, the rumours of the actor quitting the show started doing the rounds. However, producer Gul Khan has rubbished all the reports, calling it mere 'rumours'. She also confirmed that Mohit is going nowhere and would remain as the lead actor. Meanwhile, Mohit Malik has not reacted on the news. Kulfi Kumarr Bajewala: Mohit Malik Undergoes Six Stitches Yet Continues Shoot With an Injured Hand

Recently, Mohit was in the news after he had a minor injury. Reportedly, the actor had to undergo six stitches. However, the injury didn't stop Malik from working. In a statement to an online portal, he said "I was shooting for a scene with Anjali where she was choking and I had to save her. In order to do that, I had to clear all the things from the table in one go. The scene went well but I didn't realise that my finger had started bleeding. I was rushed to a hospital where I got six stitches. It is weird to have stitches on your hand because it gets difficult to do any daily work. But as they say, the show must go on, so I'm back on set and shooting."

Star Plus' Kulfi Kumar Bajewala is one of the highest rated shows in current times. Helmed by Pradeep Yadav, it is a story of a young girl who lands in Mumbai in search of her father. Watch this space for further updates.

(The above story first appeared on LatestLY on Jan 28, 2019 02:05 PM IST. For more news and updates on politics, world, sports, entertainment and lifestyle, log on to our website latestly.com).